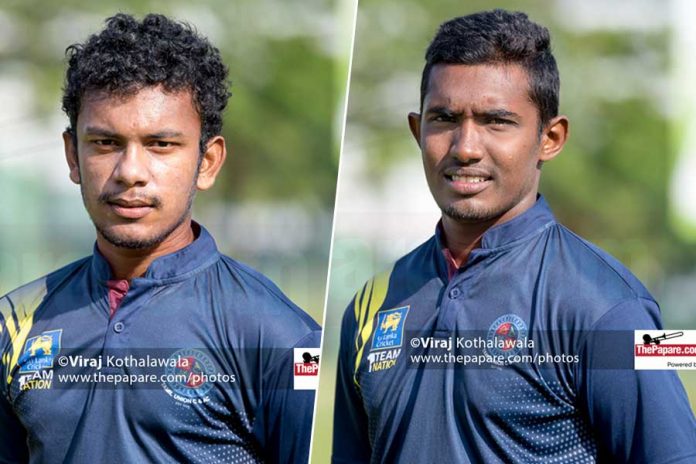 Former Richmondite left-arm spinner, Avindu Theekshana stole the show at Dombagoda with a wrecking fifer to leave the officers stranded in the game. Army SC were bowled out for 73 runs within the first session of the game.

Lankan CC staged a stubborn innings batting out the whole day till they eventually were undone with 213 runs by sunset. Lahiru Dilshan scored 45 runs top the batting chart while Shehan Wijerathne picked up 3 wickets for 25 runs to top the bowling.

Chilaw Marians ended their game against Saracens Sports Club in….

At P. Sara Oval it was another similar game where the visiting Moors Sports Club was wrapped up for 110 runs. Left-arm spinner Damitha Silva and off-spinner Supun Waragoda bowled well in tandem for Tamil Union C&AC as Silva claimed 4 wickets to his name while Waragoda bagging 3. Tamil Union C&AC were at 49 for 1 when the umpires decided to take off the bails on day-one.

That is all the cricket these two games saw as the whole of day-two was snatched away by rain.

Meanwhile, the neighbours, Colombo Cricket Club and Nondescripts Cricket Club, were set to begin their fixture today, the 28th and the day was called off even without a toss.