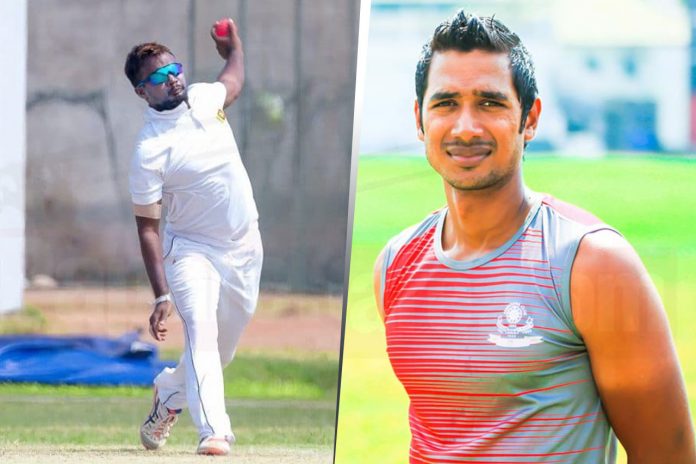 All three matches played in the SLC Major League Tournament today the 13th March saw the batsmen put on commendable performances from all teams while Malinda Pushpakumar was the man who staged a stand-alone bowling performance.

Batting first, Army posted a competitive total of 233 runs in their first inning. Left-hander Lakshan Edirisinghe was the top scorer of the inning with 69 runs while skipper Asela Gunarathne (37) and all-rounder Dushan Vimukthi (33) chipped in with valuable 30s. The two national caps Malinda Pushpakumara and Ashan Priyanjan were the top performers with the ball for Colombo CC, The former picked a 6 wicket haul while the latter claimed 3 wickets to his name. In Reply, Colombo CC were in a spot of trouble as they were 3 wickets down for just 60 runs at the close of play for day 1.

Fifties from their top guns Charith Asalanka and Sandun Weerakkody helped SSC post 284 runs for their first inning. Former Sri Lanka youth cricketers Praveen Jayawickrama and Ayana Siriwardena claimed 3 wickets each or Moors. Getting off to a flying start, Moors were 119/2 in just 27 overs at stumps on day 1. Skipper Pabasara Waduge led the charge for the Moors with an unbeaten 64 while opener Dinuka Dilshan perished for 36.

Six matches of Tier A of the SLC Major League Tournament were played today, while six more matches in Tier B…….

A Confidence boosting 73 from the experienced Madawa Warnapura and a resilient knock of 65 from young Lakshitha Rasanjana coming late down the order, paved the way for a challenging 294 runs in their first inning for Negombo after a collapse in the top order. Nisala Tharaka picked 3 wickets for the Colts while off-spinner Akila Dhananjaya picked 2 wickets.