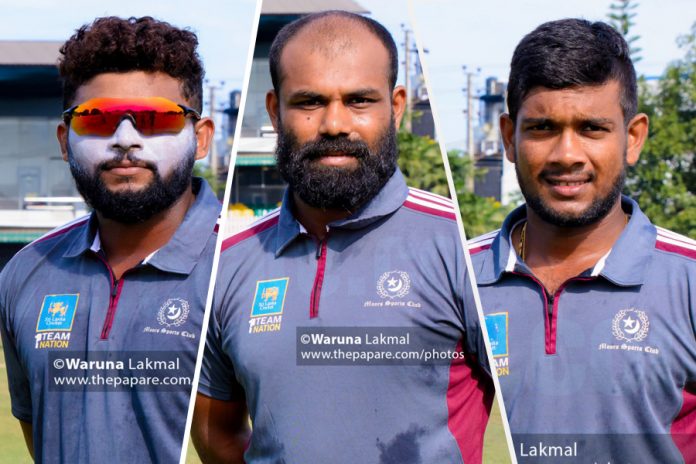 Irosh Samarasooriya (76), Adeesha Thilanchana (69) and Ramesh Mendis (4/22) guided Moors Sports Club to a comprehensive 6-wicket victory over a strong outfit from Tamil Union Cricket Club in their Group A fixture of the SLC Major Limited Overs Tournament 2018/19 which was worked off today at the P. Sara Oval Cricket Grounds in Colombo.

The Moors skipper Irosh Samarasooriya won the toss and invited the opposition to take the first lease of the wicket. Left handed duo Lahiru Milantha and Ramith Rambukwella opened the innings for Tamil Union and got off to a solid start, putting on a 66-run partnership in 9.1 overs before the latter was dismissed for 31 runs.

Number four batsman Tharanga Paranavithana and Milantha put on a 46-run partnership for the third wicket but thereafter there were no significant partnerships in the middle as Tamil Union were bowled out for 213 runs in 45 overs. Milantha was the top scorer for Tamil Union as he made 66 runs off 66 balls with 9 boundaries.

Off spinner Ramesh Mendis was the pick of the bowlers for Moors as he picked up 4 wickets for 22 runs in his 10 overs. In addition, right arm fast medium bowler Keshan Wijerathne and off spinner Tharindu Kaushal shared 5 wickets between them.

Chasing 214 runs to win, Moors got off to a shaky start as they lost their opening batsman Charitha Kumarasinghe for 7 runs, in the second over of their innings. However, opener Irosh Samarasooriya and number three batsman Pabasara Waduge rescued the innings with a 71-run partnership off 59 balls for the second wicket.

Then, the left-handed batsman Adeesha Thilanchana joined skipper Samarasooriya at the middle and built a 95-run partnership for the third wicket, guiding Moors to a convincing victory. Samarasooriya played a captain’s knock, top scoring with 76 runs off 92 balls including 7 fours.

Thilanchana gave him good support at the other end scoring an unbeaten 69 runs off 72 balls with 3 fours and 3 sixes at a strike rate of 95.83. In-form leg spinner Jeewan Mendis picked up 2 wickets for 43 runs for Tamil Union.