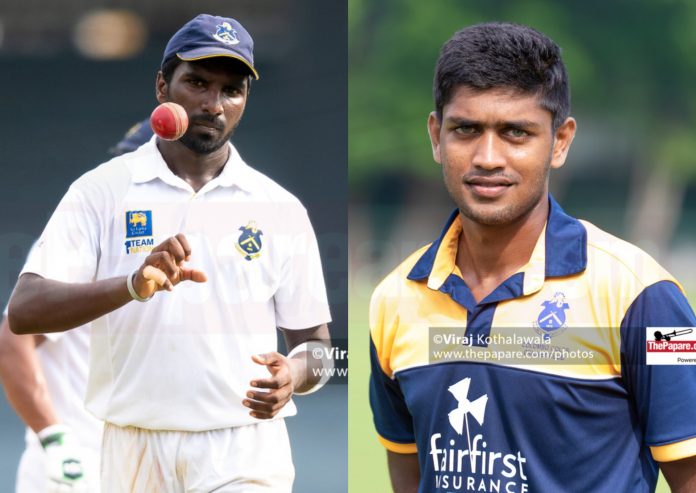 The finals of Sri Lanka’s premier U23 Club Cricket tournament commenced today with Chilaw Marians Cricket Club taking on Colts Cricket Club at R. Premadasa Cricket Stadium in Colombo. The bowling efforts of Nipun Ransika (4/28) and Dhananjaya Lakshan’s unbeaten 43 knock with the bat were the highlights of the first day’s play.

After winning the toss, the Colts skipper invited the opposition to bat first and a disciplined bowling effort from all the bowlers helped them restrict Chilaw Marians to 143 runs in 43.5 overs. The 21-year old left handed batsman Dilshan Sanjeewa was the chief contributor with the bat as he made 46 runs to his name. Nimesh Vimukthi also supported him scoring 25 runs at the other end.

In reply, the left handed duo Dhananjaya Lakshan and Santhush Gunathilaka opened the innings for Colts and got them off to a great start posting 77 runs for no wicket at the close of play on day one. The 21-year old Lakshan remained unbeaten on 43 runs while the 20-year old Gunathilaka who made a match winning half-century in the semi-final, stroked 19 runs not out. Match will continue tomorrow for day two.

Century and 9 wickets for Mihiranga Fernando