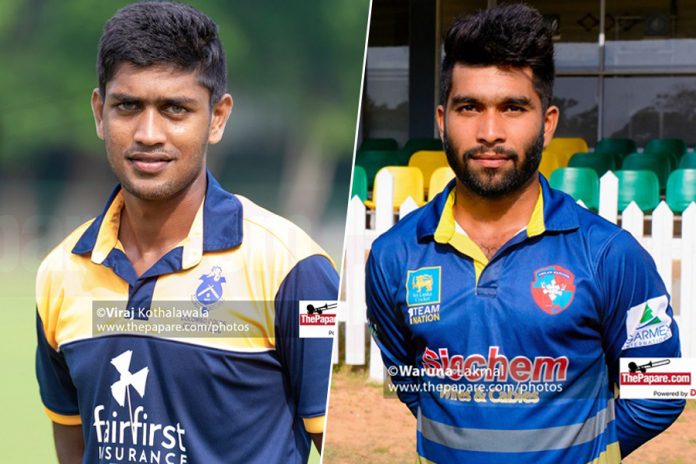 The semifinals of the SLC Major Emerging Tournament 2019/20 commenced today with the defending champions SSC taking on Colts along while Chilaw Marians CC clashed against Army SC, Contesting for a place in the final.

Marians Cricket Ground, Katunayake hosted the 1st semi-final between Sinhalese Sports Club and Colts Cricket Club but the start of play was delayed due to the rain in the morning.

After a few hours of delay, play began with SSC batting first, but they couldn’t make it count as the Dhananjaya Lakshan led Colts bowling attack dismissed them for 128. All Rounder Lakshan picked up 4 wickets while Praveen Jayawickrama and Kavishka Anjula chipped in with 3 & 2 wickets respectively.

The day was restricted to 54 overs with rain interruptions, but Chilaw Marians managed to score 125 runs for just 2 wickets at stumps.

Video – What should be the Test squad for Pakistan series?-...