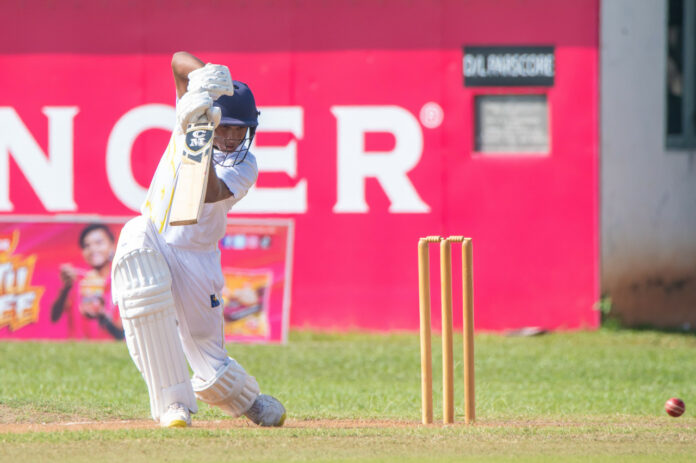 Two matches of the Prima U15 Sri Lanka Youth League, organized by Sri Lanka Cricket (SLC), were worked off today (28th November) in Rathmalana and Colombo.

Colombo North registered a 61-run win over Dambulla in the 9th match of the tournament played today at Irrigation Grounds in Rathmalana.

Having been asked to bat first, Colombo North made only 130 runs as V. Akash displayed an exceptional bowling performance taking 5 scalps of the opposition for just 33 runs. However, they were unable to impress with the bat as the boys from Colombo exhibited an even better bowling display as a team to restrict Dambulla team for just 69 runs.

Prashas Perera (3/05), Lahiru Lakmal (3/11) and Tharusha Navodya (2/02) excelled with the ball for Colombo North, sharing 8 wickets between them.

In the other encounter played today (the 10th match of the tournament), Galle recorded a thrilling 2-wicket win over Kandy at MCA Grounds in Colombo. Kandy opted to bat first after winning the toss, but their batting unit did not click as they were restricted to just 136 runs.

Chalana Indusha stamped his authority with the ball taking 4 wickets for just 11 runs for Galle. In reply, the Galle team, though initially struggled with the bat, finally managed to cross over the line in the 43rd over with 2 wickets in hand.

The opening batter Dulsith Darshana’s patient 47 runs off 124 balls with 3 fours and a six turned out to be a match-winning knock for Galle.

The Final of the tournament between Colombo North and Colombo South will be played tomorrow (29th November) at MCA Grounds, Colombo.