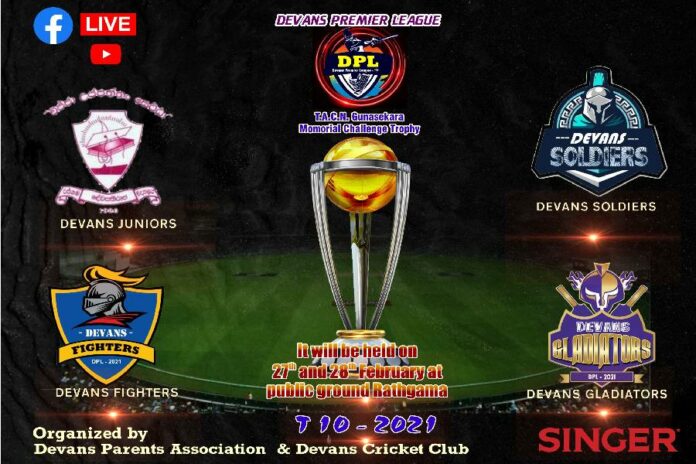 The Devans Premier League T10 Cricket tournament featuring the best current and past cricketers from Devapathiraja College, Rathgama will be in action for the T.A.C.N. Gunasekara Memorial Challenge Trophy on the 27th & 28th of February at the Rathgama Public Grounds.

>>Groups for the Schools U19 Cricket Tournament 2020/21 announced

Late T.A.C.N. Gunasekara, a former Principal of the school, is credited with introducing Cricket to Devapathiaraja College in 1997. Devapathiraja College Rathgama has produced many talented Cricketers at all levels.

Amongst their major achievements are the following:

4 teams will play on a league basis and the top two teams of the points table will meet in the final while the teams in third and fourth place will battle it out for third place in a play-off match.

>>Schools Cricket to return in March 2021