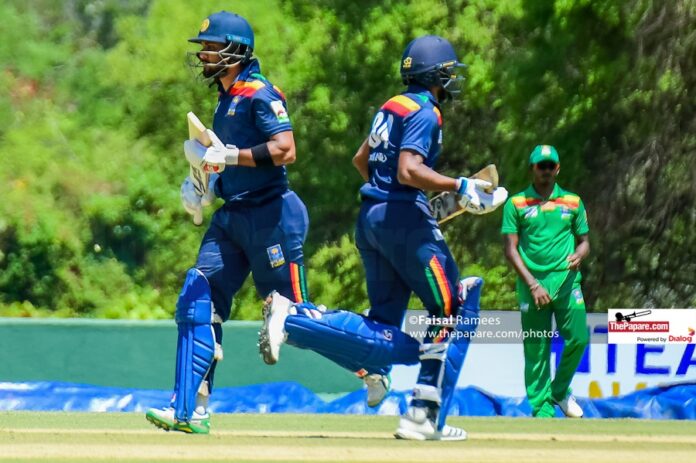 Sri Lanka Cricket (SLC) will conduct an Invitational T20 League with the participation of topmost National and First-Class Cricketers as part of preparations for the upcoming South Africa Tour of Sri Lanka and the ICC T20 World Cup 2021, a SLC media release said.

The Tournament, which will be known as the ‘SLC Invitational T20 League,’ will commence on the 12th of August 2021 and take place at the Pallekele International Cricket Stadium, with the participation of four teams, namely the ‘Blues,’ ‘Reds,’ ‘Greens,’ and ‘Greys.’

Each team will play 06 games in the initial round of the League’, whilst the top 2 teams will go into the finals of the tournament, which will be played on the 24th of August 2021.

The Tournament will be played in accordance with international standards, and the games will be played as ‘Double Headers,’ with the first game starting at 02.30 PM and the next one at 07.00 PM.

‘This tournament is aimed at giving much-needed match practice to the players, ahead of the important international cricketing fixtures, and also give match exposure to the players, who did not get an opportunity to play during Sri Lanka’s Tour of England and also the concluded series against India,’ said Mr. Ashley De Silva, CEO of Sri Lanka Cricket.

A team will comprise of a 15-member squad.

The Legend of Lucky Rogers