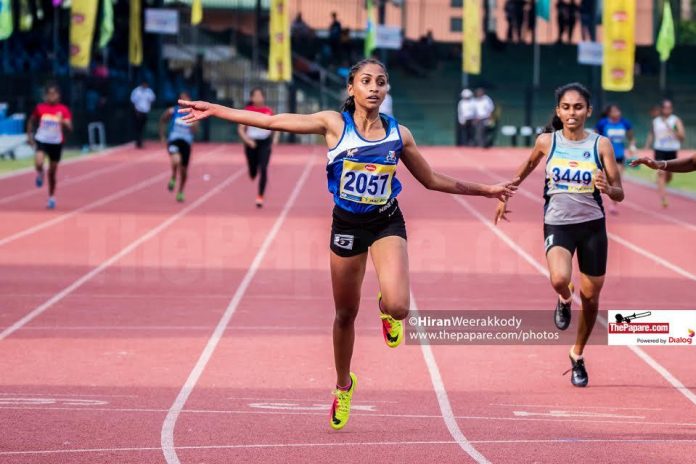 A brainchild of Dr. R T Alles, founder of Gateway college, the 2019 ISAC is hosted by Gateway College Colombo for the 10th occasion with the participation of the 22 International Schools. The second day of the meet opened with the official opening ceremony which was graced by Mrs. Alles as the chief guest.

Fifteen new meet records were established at the meet at the end of day two, with five coming in the 200m, and six coming in the Relays. 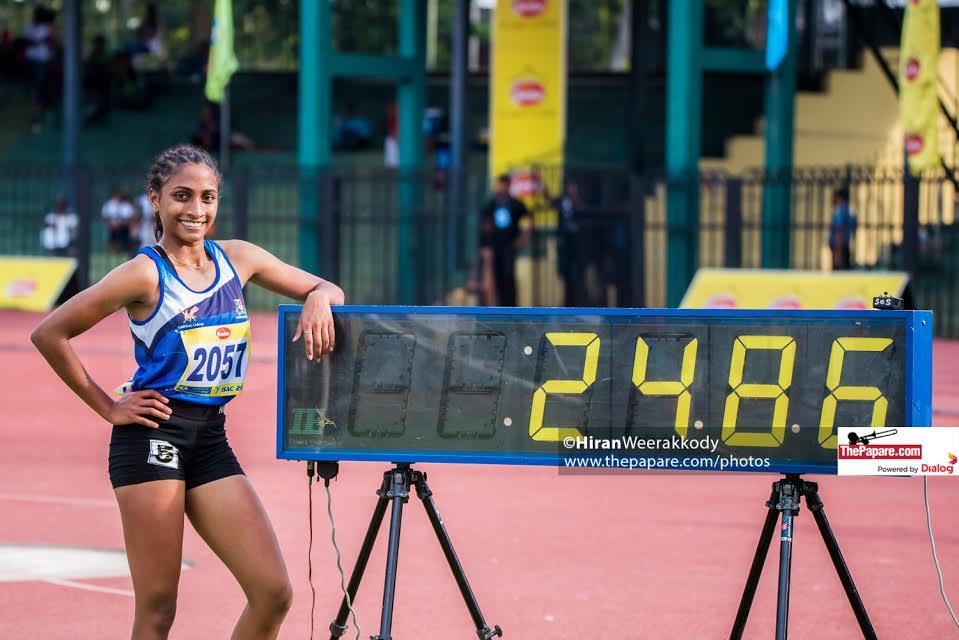 Young sprinting superstar, Shelinda Jansen of Gateway College, eased her way to a new meet record in the 200m Girls U20 final clocking 24.83secs. Jansen ran a personal best of 24.08sec at the 2018 Youth Olympic games in the Women’s 200m. Sachinie Divyanjalee of Lyceum International School Wattala, was the only competition for Jansen in the opening meters and finished second clocking 25.40sec. In the Boys Under 20, Kavindu Bandara of Lyceum, Nugegoda sprinted to a new meet record clocking 22.08secs. Bandara, who is a junior national athlete, was a class above the rest. 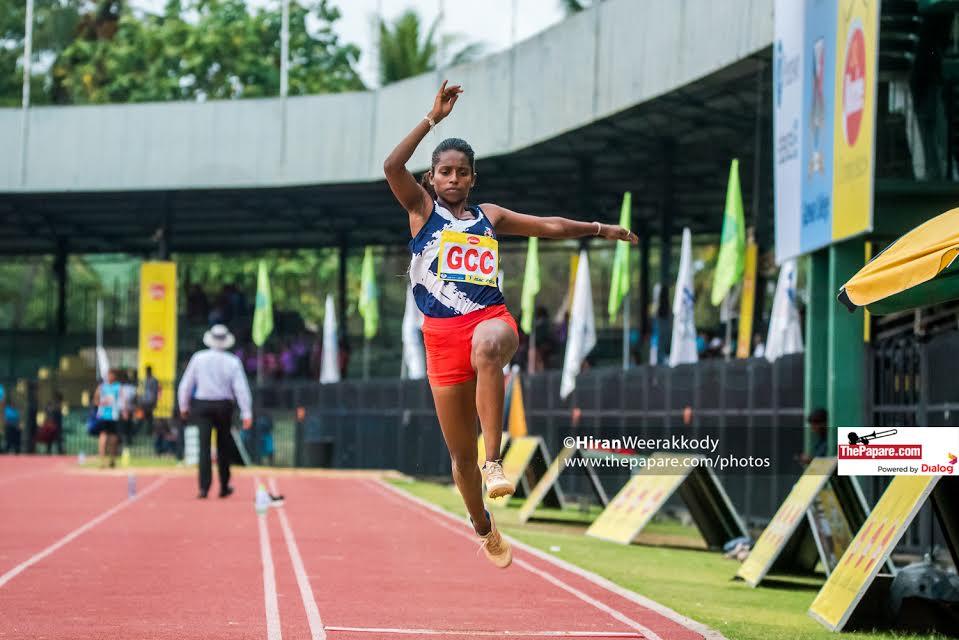 Similarly, A tight contest for the top spot in the Girls under 18 finals resulted in Dulanya Salgado of Lyceum Nugegoda establishing a new meet record clocking 26.18secs. Dinara Bandara Dele of Gateway Colombo who was one of the pre-race favorites was placed second while Seneka Gunarathne was a close third.

The Under 18 Boys; Navin Perera of Lyceum Wattala raced to a new meet record with a time of 22.66secs in a closely fought race while Kaveesha De Soysa was placed second, and with Samith Lakshitha placed third clocking 22.97secs.

Lyceum Wattala who have been hogging the top spot in the leader board for the past ten years have already opened up a healthy lead amassing 49 medals consisting of 22 Gold 17 Silver and 10 Bronze medals, Gateway Colombo is in second place with a total of 32 medals while Lyceum Nugegoda lies with 31 medals and are aggressively pushing Gateway for the second spot.