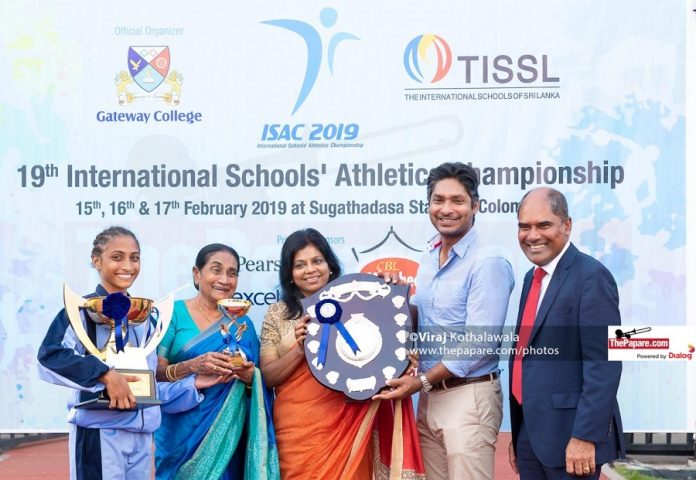 Young sprinting sensation, Shelinda Jansen was the big winner at International Schools’ Athletic Championship (ISAC) 2019, winning the RIT Alles Challenge Trophy and the Edexcel Challenge Trophy for the Best Athlete at the meet which was worked off at Sugathadasa stadium from 15th to 17th February.

The blue-ribbon event of the International Schools’ sporting calendar, the 19th ISAC was organized by Gateway College, Colombo and saw the participation of 22 International Schools. Legendary past Sri Lankan cricketer and captain, Kumar Sangakkara graced the closing ceremony as the Chief guest of the event. 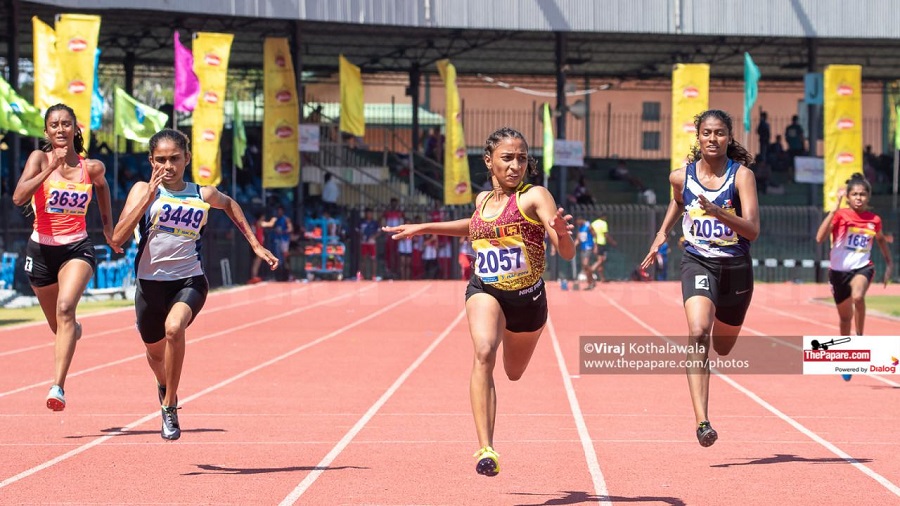 Shelinda Jansen of Gateway College, Colombo, who sprang to limelight as one of the most promising young sprinters of the Island at Youth Olympic Games which was held in Argentina last year running a personal best time of 24.08secs in the 200m, was on song at ISAC 2019 winning the Four Gold medals with two meet records to her name.

In the Girls’’ under 20 100m Shelinda raced to a record-breaking time of 12.08secs which is her personal best performance in the event while she clocked a new meet record time of 24.88secs in the Girls’’ 200m final. She also anchored Gateway College to Gold in the Under 20 4X100m and 4X400m events, which earned her the two challenge trophies as the best athlete of the meet. 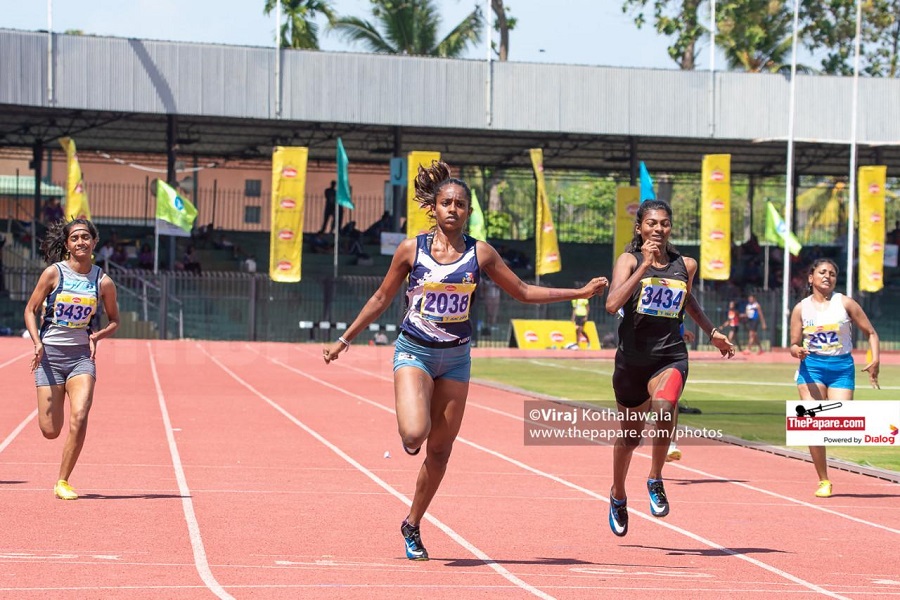 While Shelinda stole the limelight in the Under 20 category in the Under 18 age group, another Gateway athlete, Sadeepa Henderson had a terrific meet as she too managed to collect 4 Gold medals and was adjudged the best female athlete in the Under 18 age group. Sadeepa will be part of the Sri Lankan team for the Youth Asian Athletic Championship scheduled to be held next month in Hongkong. Sadeepa claimed new meet records in the Long jump and 200m and completed a sprint double winning Gold in the 100m as well. Handed the responsibility of anchoring Gateway College in the under 18 4X400m relay, the young sprinter delivered a terrific run to secure Gold for Gateway College.

Kamalraj Elroy of Lyceum International, Wattala was adjudged the best Male athlete of the meet for his new meet record performance of 6.97m in the U20 Boys’’ Long jump final.

Age Group Champions of the meet 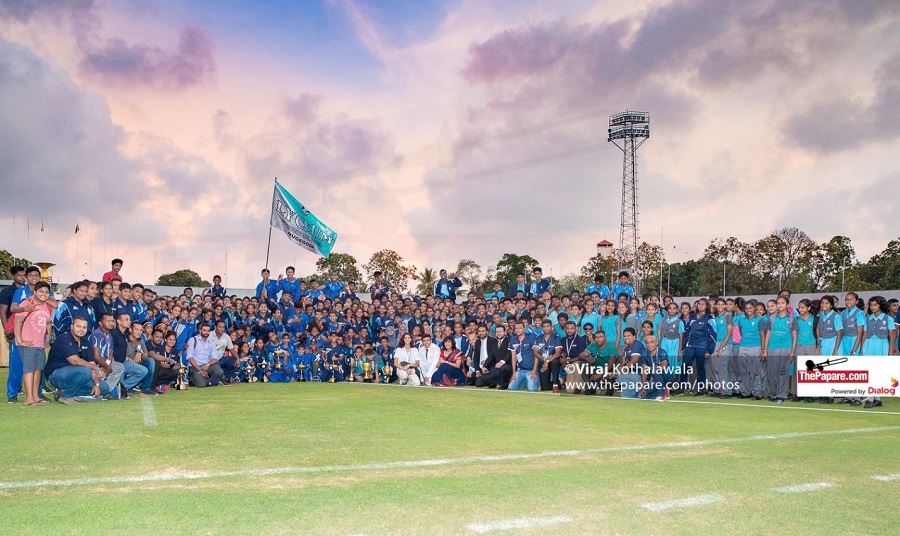 Lyceum Wattala emerged as the overall relay champions of the competition and collected the biggest medal haul of the meet to lead the medal table for the 11th consecutive year. With 86 medals consisting of 36 Gold 27 Silver and 21 Bronze medals, Lyceum were runway winners of the competition while Gateway College despite having a few superlative performers in their ranks had to be content with second place with a total of 57 medal which consisted of 24 Gold 16 Silver and 17 Bronze medals. Lyceum Nugegoda who pushed Gateway Colombo right till the end for the second place were short of 3 medals and had to settle for third place collecting 54 medals costing of   11 Gold 26 Silver and 17 Bronze medals.