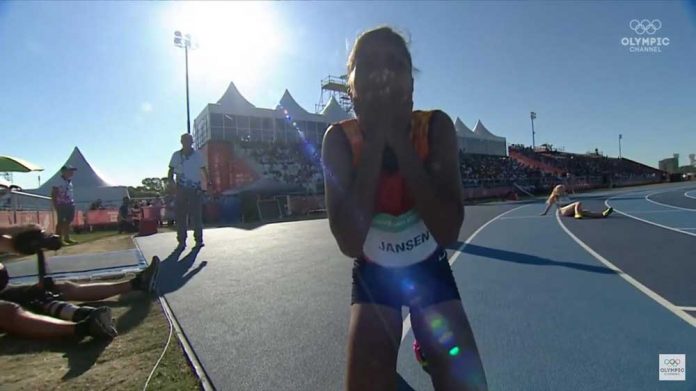 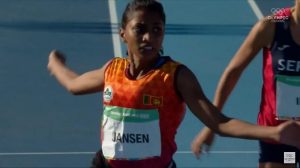 Running in lane 05 of the second heat, Shelinda bettered her previous personal best(PB) of 24.98secs by .91secs to win the heat with a new PB of 24.07secs. Shelinda was fast out of the blocks and ran a superb bend entering the home straight leading the race and managed to hold on to her lead in the final 100m racing to victory in the heat.  She was thrilled by the result and was visibly shocked about the magnificent improvement on her personal best after the race.

With her showing in the second stage 17-year-old young sprinting queen from Gateway College, Rajagiriya ended the Youth Olympic Games 2018 ranked 9th out of 22 athletes in the Women’s 200m.

At the end of the first stage of the competition where Shelina clocked 25.00secs despite leading the race up to the 120m mark, she was placed 12 in the overall rankings. She was determined to make sure that she clocked 24.8 /24.7secs as she didn’t mince her words speaking to the media very confidently stating that ‘I want to tell (everyone in) Sri Lanka that I am going to run 24.8 (secs), that is my main goal. I have another opportunity and I am going to make the most of it’ referring to the second stage of the competition. Keeping her word Shelinda did provide a special run in the second stage of the event which earned her the third best Junior Sri Lankan timing in the 200m behind legendary Susanthika Jayasinghe and Damayanthi Darsha. At just 17 years of age, she has two more years remaining in the Junior age category and this performance will no doubt give her tremendous confidence in her ability. 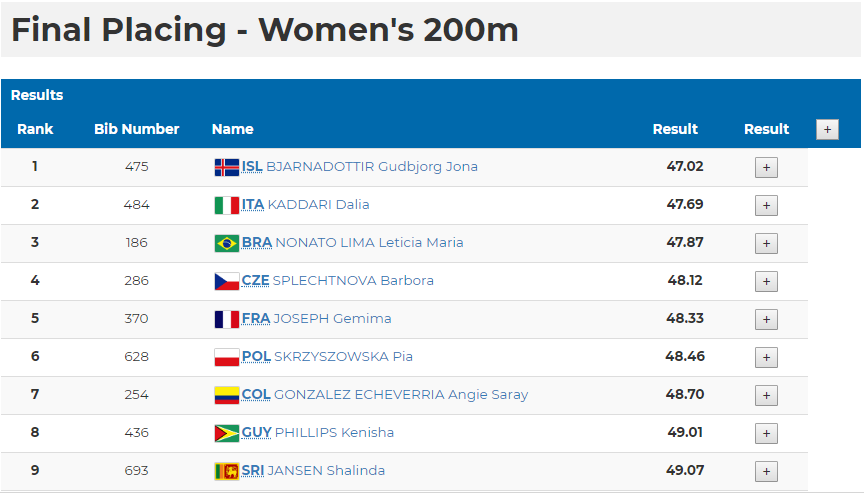 Shelinda has provided a fitting finale to a historic campaign at the Youth Olympic Games where Sri Lanka won its maiden Youth Olympic medal through steeplechaser Parami Wasanthi Maristella from Kuliyapitiya Central, who won Bronze in the Women’s 2000m.

The other two members of Sri Lankan track and field contingent at the 3rd Youth Olympic Games, Royalist high Jumper Seniru Amarasinghe equalled his personal best in the Men’s high jump clearing 2.14m while Quarter miler Dilan Bogoda of Sir John Kothalawala College, Kurunegala was in the top ten of the Men’s 400m finishing 7th out of 22 athletes.