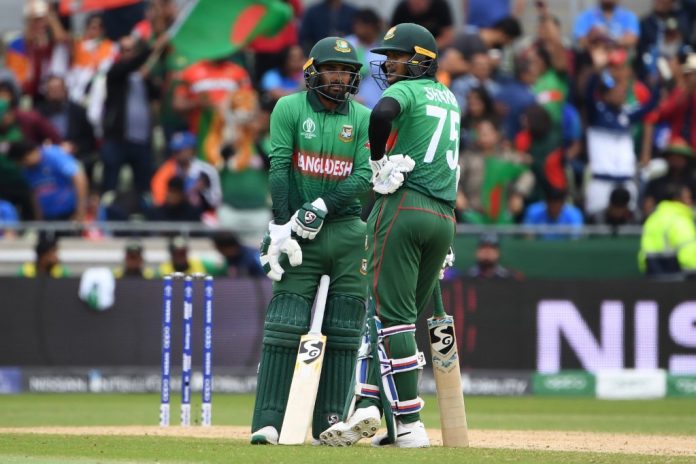 Shakib al Hasan could miss Bangladesh tour of Sri Lanka, the BCB chief selector Minhajul Abedin told Cricbuzz on Sunday (July 7). The all-rounder has requested for some rest after an exhausting World Cup campaign while BCB awaits the security clearance for the tour.

Liton Das, who is likely to get married on July 28, is also doubtful for the tour but the BCB is yet to make a call on the squad. “Shakib is tired because of playing non-stop cricket and probably that is why he requested for some rest,” Abedin said. “As far as I know he is planning to perform his Hajj during that period. But we are yet to take any decision about his rest.

“Liton is expected to get married on July 28 so we are not expecting him to be available during that time. We are yet to take any decision as Mahmudullah is concerned due to his injury and can say something concrete after getting his medical report.”

Shakib was in exceptional form in the World Cup as he ended with 606 runs at an average of 86.57 and also picked up 11 wickets. He struck two centuries and five half-centuries but admitted he was exhausted in the last two games Bangladesh played against India and Pakistan.

The three-match ODI series is scheduled to take place on July 25, 27 and 29 respectively with BCB hoping all matches could be played in Colombo.

Controversies that over-shadowed Cricket at CWC19