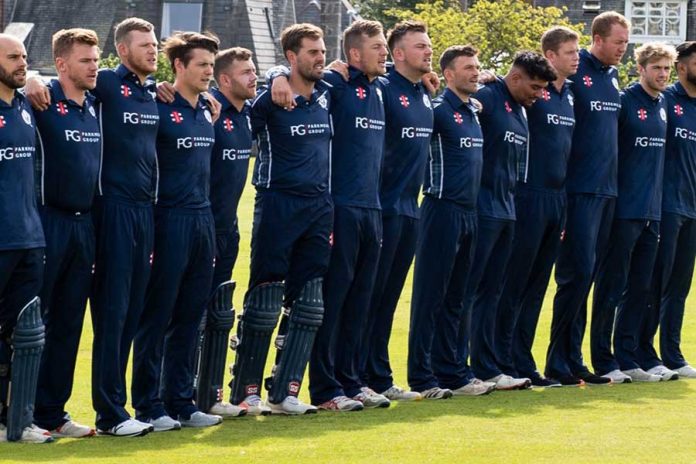 Scotland have announced the 15-strong group which will attempt to lead them into next year’s Men’s T20 World Cup in Australia, along with a subset of 14 who will contest a preparatory tri-series in Dublin between 15-20 September.

The one player who will travel to Dubai for October’s 14-team Qualifier but not to Dublin for the preceding encounter against Ireland and Netherlands is seam-bowling all-rounder Josh Davey, who will instead continue playing county cricket for Somerset in an attempt to help the West Country side secure their first County Championship title in their history.

The squad contains few surprises, with Scotland relying on the same core which helped them to the brink of Men’s Cricket World Cup qualification in 2018, though there is a recall for left-hand batter Ollie Hairs, who played the last of his five internationals so far in 2010.

“The 15-man squad that has been selected for the ICC Men’s T20 World Cup Qualifier is a strong, robust and versatile group of players that will no doubt make an impact at the tournament,” said Shane Burger, Scotland’s head coach.

“The process to select this squad has been a long yet thoughtful one and we believe that this group of players can and will make Scotland proud. I feel the players that have missed out could also make an impact if called upon and it is my belief that a strong squad, not just the XI on the park, win you games as well as tournaments.

“This continues to be an exciting time in Scottish cricket as we embark on a journey of a lot of competitive cricket over the next few months.”