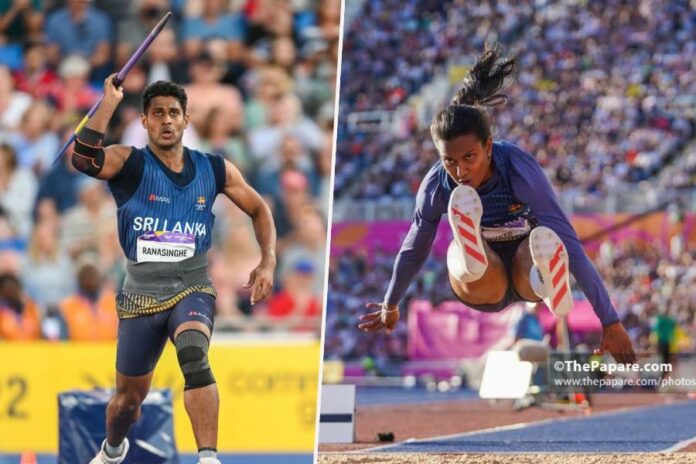 Read More : The night of dreams at the Alexander Stadium

Sarangi Silva was nowhere near her usual best in the highly competitive final as her best performance was marked as 6.07m which is way below her Personal Best (6.65m). Silva was placed at 12th position in the final where Ese Brume of Nigeria won the Gold with a massive jump of 7.00m (Games Record)

However, Silva leapt 6.42m in the qualification round which led her to qualify for the final but unfortunately, she couldn’t impress in the finals.

Other finalist, veteran Sumedha Ranasinghe also couldn’t find his best form in the Javelin finals as he had to settle for 10th place with a best throw of 70.77m. Earlier this year, Ranasinghe renewed his personal best and Sri Lanka Record with a throw of 83.04m.

However, the Javelin final was full of drama as Pakistan’s Arshad Nadeem produced a Games Record with a huge throw (90.18m) to win the Gold Medal ahead of 2022 World Champion Anderson Peters and former World Champion Julius Yego.