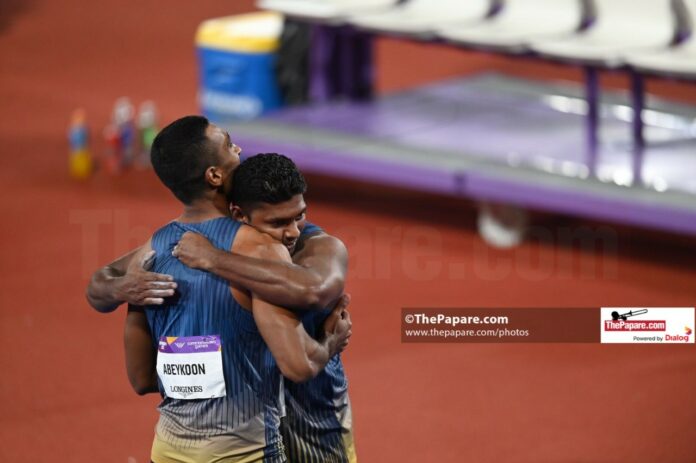 Yupun Abeykoon etched his name in Sri Lankan and Asian Athletics history books forever, becoming the first Asian to win a medal in 100m at the Commonwealth Games today (03rd) at the Alaxander Stadium in Birmingham.

The determined sprinter was on a mission to prove his doubters wrong after a disappointing World Championships in Oregon, where a mishap in handling Yupun’s visas and travel hindered his preparation resulting in a first-round exit where he clocked 10.19secs. Yupun was a man on a mission in Birmingham and straight away put down the marker in the heat which was held yesterday (2nd) easing to victory with a head turning 10.06secs. 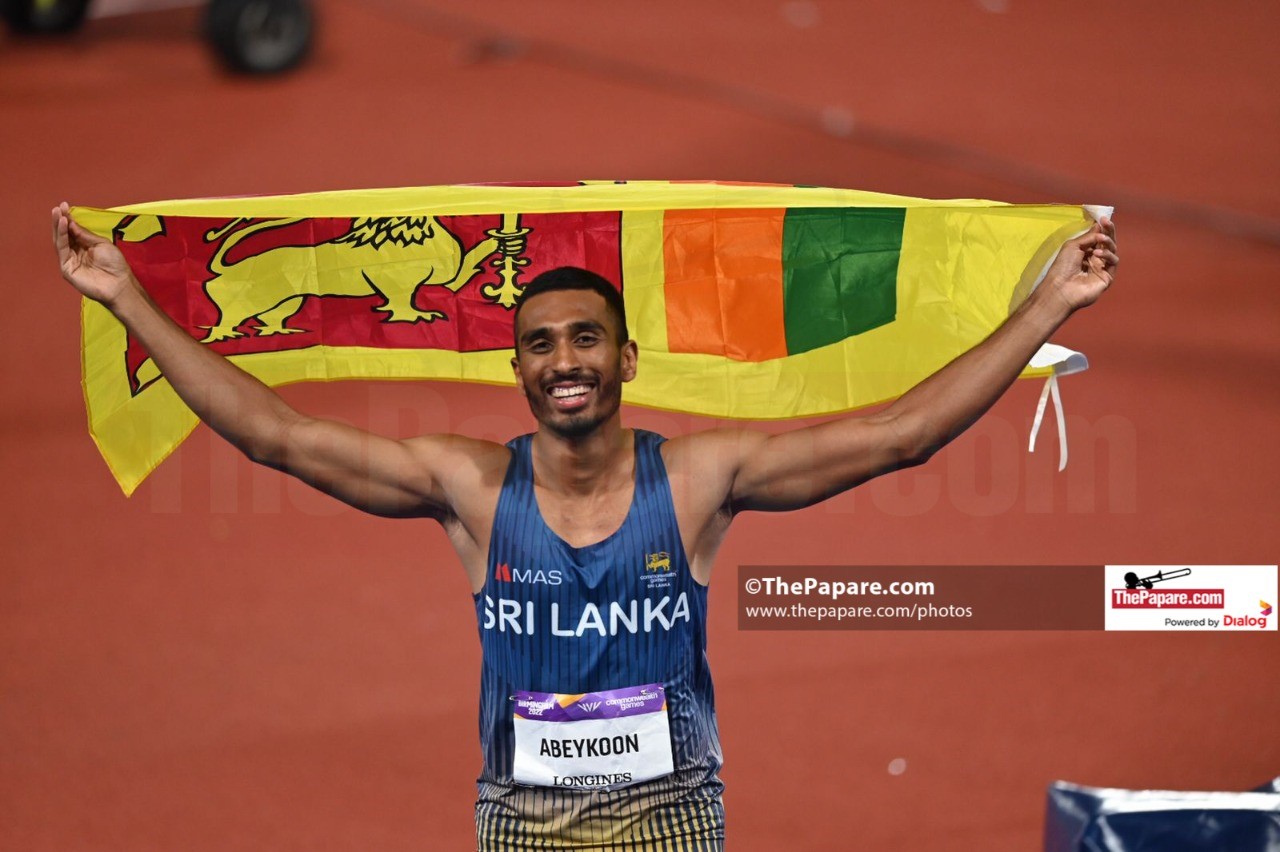 In the semifinal, which was held earlier today, the sprinter had the whole nation worried as he was placed fourth and only managed to get through as the second of the two fastest non-automatic qualifiers.

The experience he had gained while competing at some of the top competitions came to the fore as in the final which was held just 2 hours after his disappointment in the semis, he delivered a near perfect performance to secure the bronze medal clocking 10.14 secs, a mere 0.01secs behind the silver winning Akanie Simbine of South Africa while Ferdinand Omanyala of Kenya sprinted to gold clocking 10.02secs.

Despite the many adversities that he has had to face, Abeykoon keeps inspiring the nation by never giving up on his passion and delivering top notch performances on the global stage through sheer hard work. This victory will no doubt attract and inspire generations of young athletes. 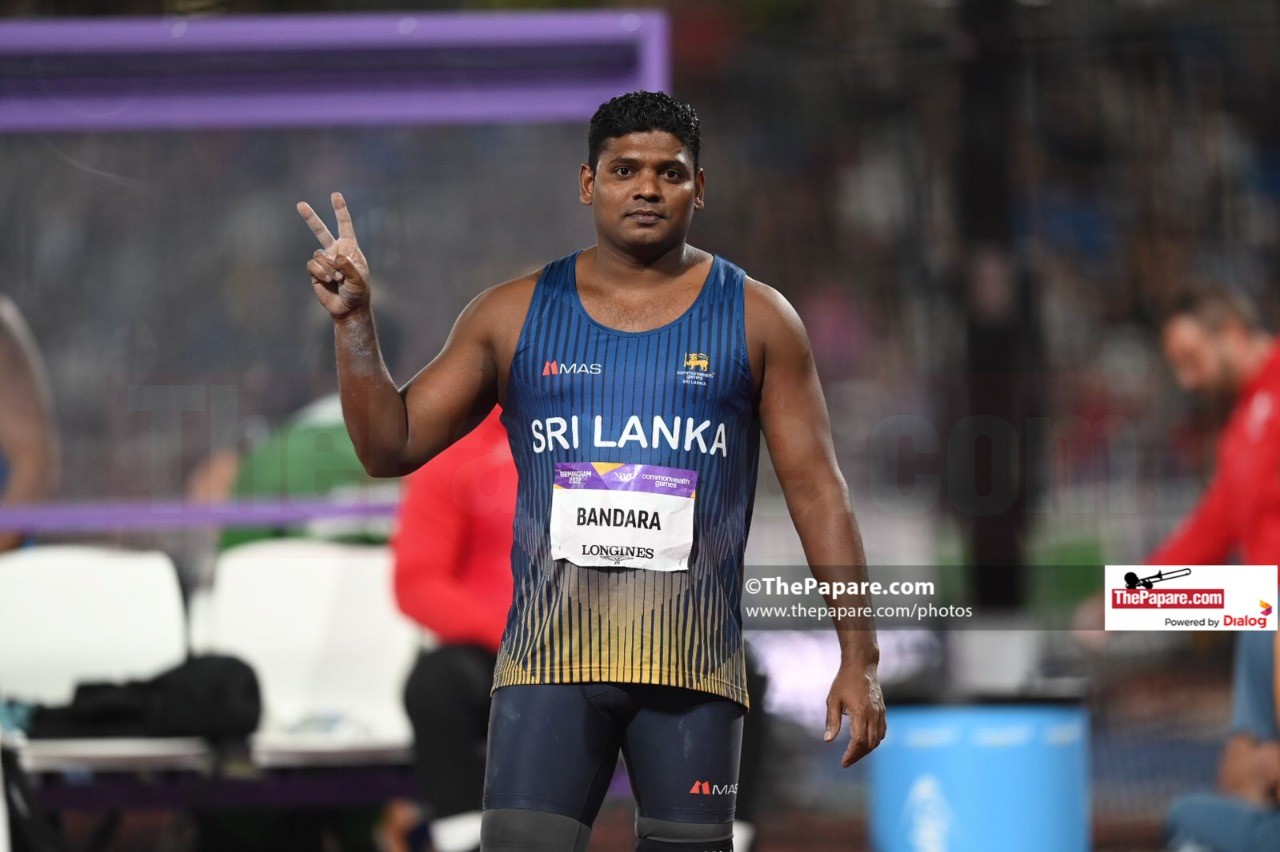 It was double celebrations for Sri Lanka at the Alexandar Stadium as Abyekoon’s historic win also coincided with Sri Lanka’s first silver medal win at the Games. Para athlete Palitha Bandara Herath who was competing in the Men’s T42 Discuss throw delivered a superlative performance in the event where he went pass his personal best twice to win Silver in the event. It was an emotional sight to see the two winners share an embrace on their lap of honor.

Earlier in the day Kalinga Kumarage delivered an inspiring performance in the Men’s 400m where he managed to qualify for the semifinals of the competition as the fastest non automatic qualifier from the heats after clocking 46.53secs. 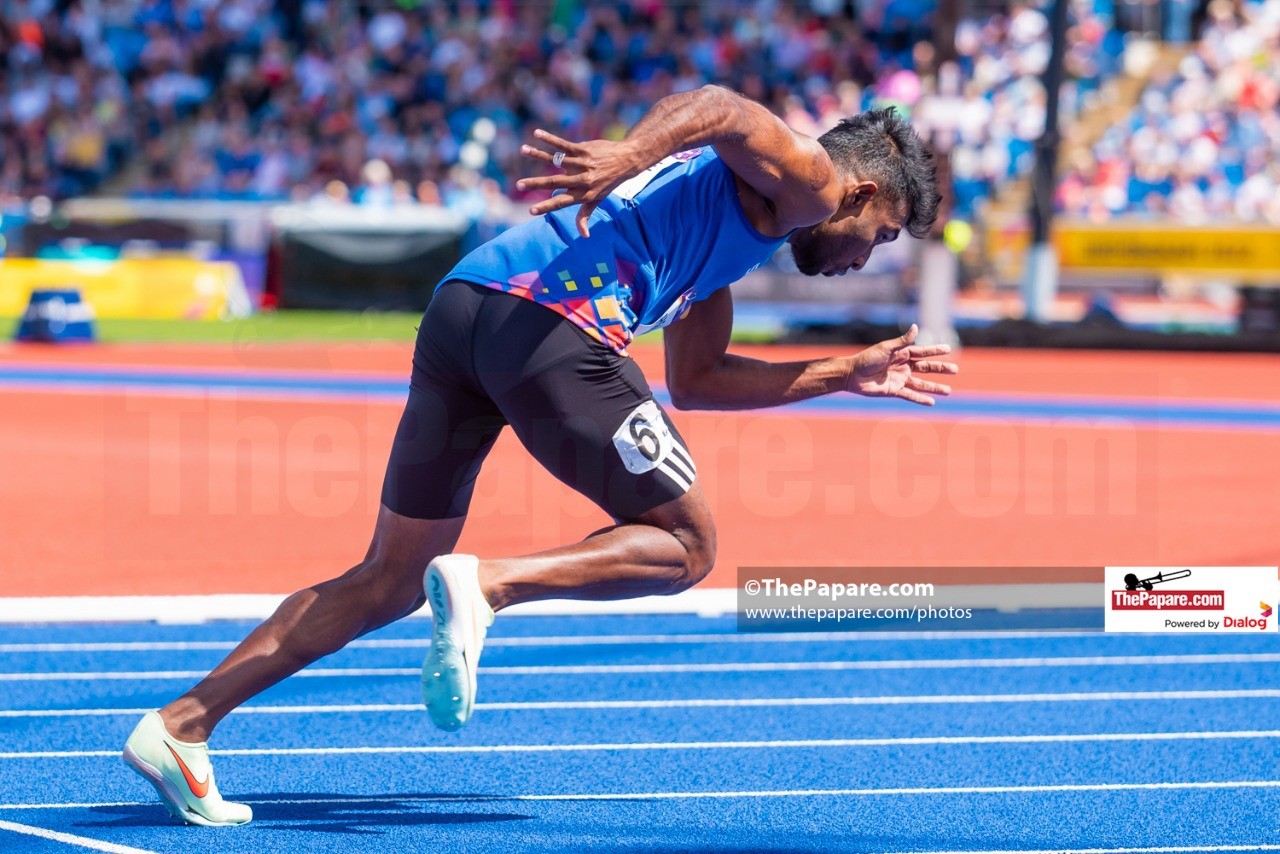 Kumarage, who competed in lane number 5 started off with a bang as he was the clear leader in the back straight and maintained top position. He held onto his lead through the second bend coming out as the race leader to the home straight but lost pace in the final 50m, finishing 4th and missing an automatic qualification spot in the semifinal.

Kumarage, who has a seasonal best time of 45.73secs had extended preparation time in Switzerland prior to the Commonwealth Games and was disappointed to not make the cut automatically. He had a nervy wait until all 7 heats were over to find out whether he had made it through to the final. Thanks to Kumarage’s early acceleration which made the opening heat the fastest of the lot, Kumarage was placed 16th overall for his time and secured the semifinal spot as the fastest non automatic qualifier behind the top three athletes of all seven heats.

Visit the hub of the Commonwealth Games at ThePapare.com/CWG2022 for complete insight on the Sri Lankan Athletes at the Games.