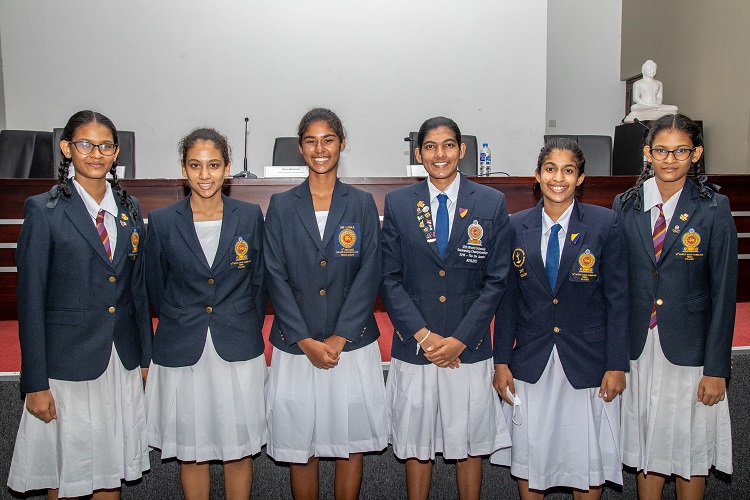 The felicitation was held today (10) at the Sports Ministry’s Duncan White Auditorium where the Minister of Sports and Education Dullas Alahapperuma presided over the ceremony.

“Today, we have organized an event to celebrate the efforts of these girls, who have overcome two hurdles and brought fame to the country. These six athletes have proved that nothing is impossible.

Subsequently a video clip of the achievements of the athletes at the South Asian Games was presented to the attendees of the event.

Addressing the gathering, Minister of Sports, Youth Affairs and Education Dullas Alahapperuma stated that the event was organized to provide an example to the entire society on the importance of the balance between sports and education.

“We are grateful to the parents of the athletes for encouraging the children to continue balancing both sports and education without resorting to solely focusing on the examinations of children. We also thank the other athletes who have brought these two balances together and delivered a message to the entire society. It was decided to hold this event to pay a small tribute. Get your Olympics medal you dreamed of in sports. That is our wish and request.” He stated.

After the appreciation and recognition of the athletes, letters of appreciation were presented to the officers of the Sri Lanka Examinations Department and the Sports Development Department who helped them achieve their goals.

Following the appreciation, the evaluation committee concluded with the official launch of the committee’s review report on the South Asian Games.