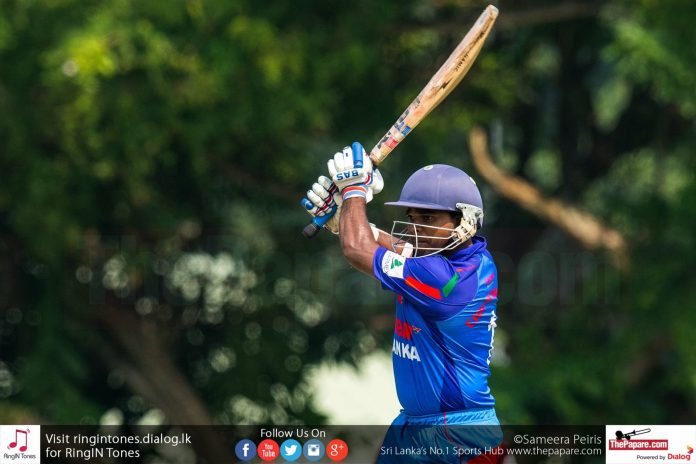 The final round of the group stage in the Sri Lanka Cricket (SLC) Major League Tournament 2017/18 began around the island on Friday.

SSC were bowled out for 199 with the ambidextrous Tharindu Ratnayake picking up a five wicket haul before they hit back to reduce Moors SC to 124/7 at close.

Dasun Shanaka starred with a timely half century for SSC while Jeffrey Vandersay captured three wickets for them.

Ragama CC batted themselves into a strong position on the back of half centuries from Lahiru Thirimanne, Janith Liyanage, Roshen Silva and Sameera Soyza.

They batted throughout the day facing 90 overs as they reached 312/9 at stumps. Kasun Rajitha was the most successful bowler for Bloomfield picking up three wickets.

Sachithra Serasinghe and Ashen Silva were on a batting rampage as both batsmen remained unbeaten on centuries at close of play against Sri Lanka Ports Authority Cricket Club.

They put on an unbroken 215 runs for the third wicket as Chilaw Marians ended the day on 335/2.

NCC took control of their match against Badureliya SC as left-arm spin twins, Chathuranga De Silva and Lasith Embuldeniya shared six wickets between them to dismiss Badureliya for 194. NCC ended the day on 52/1 with Mahela Udwatte  unbeaten on 25*.

BRC made a bold reply of 106/1 with Lasith Lakshan hitting an unbeaten half century after they dismissed Army SC for 232.

Saracens SC’s skipper Harsha Cooray hit an unbeaten century to lead his side to a strong position when stumps were drawn.

He got good support from Minhaj Jaleel who was run out for 82 while opener Thanuka Dabare hit a fluent 72.