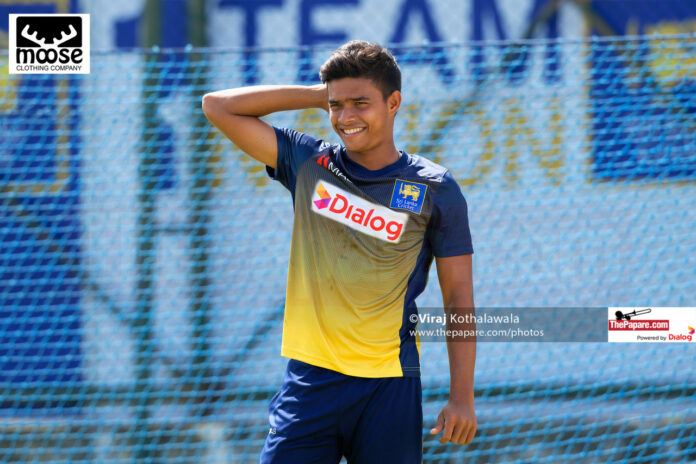 Teenaged left-arm spinner Dunith Wellalage has been added to the Sri Lanka Test squad for the second Test against Australia which starts on Friday (8th July) in Galle.

Maheesh Theekshana and Lakshitha Manasinghe have also been added to the squad. None of the three have never played Test Cricket before, with Manasinghe yet to play International Cricket.

Theekshana has only played 3 first-class games and has been playing white-ball cricket for Sri Lanka over the last year or so. Manasinghe represented Sri Lanka ‘A’ against Australia ‘A’ last month and picked up 13 wickets in 2 games.

19-year-old Wellalage made an excellent start to his international career during the 5-match ODI series against Australia last month and was one of the two standby players for the first Test.

Left-arm spinner Praveen Jayawickrama has tested positive for Covid-19 and will be in isolation for five days, making him unavailable second Test against Australia.

Lasith Embuldeniya has also been released from the squad having struggled in the first Test as Australia won convincingly by 10 wickets to go 1-0 up in the two-match series. The 25-year-old left-arm spinner was the only spinner who failed to get a wicket in the Test, on a pitch which had plenty of assistance for the spinners.

With both Jayawickrama and Embuldeniya not available for selection, Wellalage could well make his Test debut on Friday.

Ramesh Mendis and Jeffrey Vandersay are the other two spinners in the squad. Mendis picked up 4 wickets whilst Vandersay took 2 wickets in the first game, neither cause any major issues to the Aussie batters.