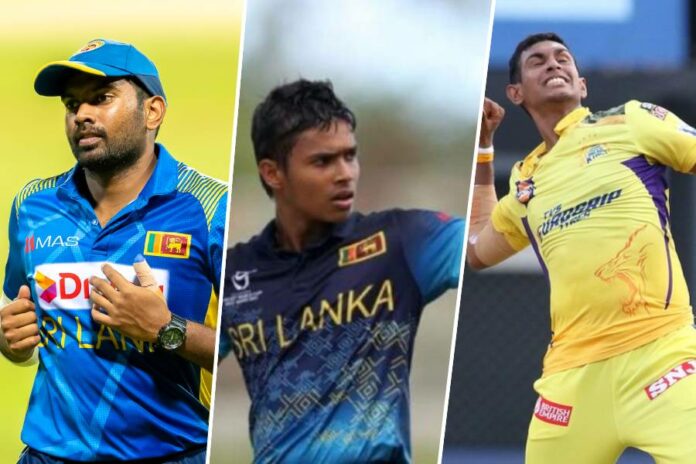 Teenage duo, right-arm slinging seamer Matheesha Pathirana and left-arm spinning all-rounder Dunith Wellalage have been named in the National provisional squads for the upcoming full tour against Australia at home in June and July.

Hard-hitting batter Bhanuka Rajapaksa has also been recalled to the Sri Lanka ODI and T20I squads after being left out earlier in the year due to fitness issues. Rajapaksa last played for Sri Lanka in T20Is during the ICC Men’s T20 World Cup 2021 in the UAE. Since then, he has done well for the Punjab Kings in the ongoing Indian Premier League.

Opening batter Pathum Nissanka, who missed out the Bangladesh Tests has recovered from his back injury and been included all three squads as the Australians are set to play three T20Is, five ODIs and two Tests in the Island from 7th June to 12th July.

Despite the doubts over the tour due to the economic crisis in the island nation, both Sri Lanka Cricket (SLC) and Cricket Australia (CA) have confirmed that the tour will go ahead as planned.

19-year-old Pathirana caught the eye earlier this week in the Indian Premier League, becoming the first Sri Lankan to represent the most-lucrative cricket league in the world before making his international debut. He picked up two wickets in his maiden game for Chennai Super Kings. Wellalage, the Sri Lanka U19 captain impressed during the ICC U19 Cricket World Cup played earlier this year with both bat and ball.

Dasun Shanaka will function as the captain of the ODI and T20I squads, while Dimuth Karunaratne will continue to lead the Test squad. Dushmantha Chameera will continue to play only white-ball formats along with star leg-spinner Wanindu Hasaranga.

Experienced batter Dinesh Chandimal has been named in the Test and ODI provisional squads while Niroshan Dickwella and Kusal Mendis have been picked for all three formats.

The final squads are expected to be pruned down over the course of the next couple of weeks.