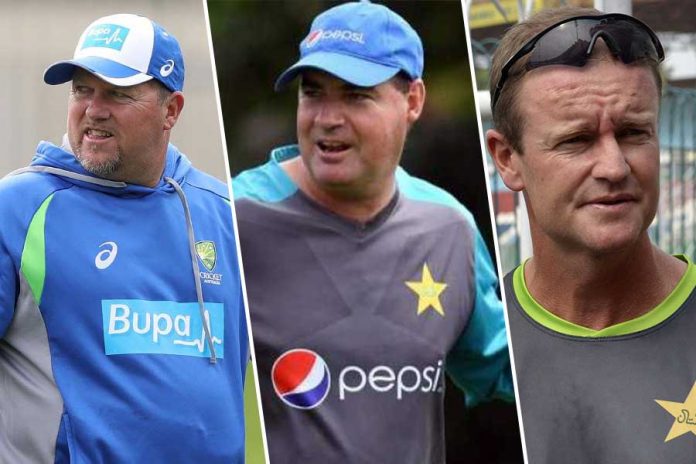 Sri Lanka Cricket (SLC) will have several new coaches in near future as they seek to revive the performances of the national team.

Since the conclusion of the ICC Cricket World Cup 2019 in July this year, SLC have been trying to end their contract with Chandika Hathurusingha as per the directions received by then Sports Minister Harin Fernando.

Former Sri Lankan opening batsman, Hathurusingha’s coaching contract runs until end of 2020, but he has not been officially fired as yet by SLC albeit receiving a suspended since the New Zealand series in August. SLC and Hathurusingha are set to take the matter to the courts soon.

As reported last week by ThePapare.com, Mickey Arthur is almost certain to take over as the new head coach of the Sri Lanka team. To smoothen the transition, he is expected to tour Pakistan with the Test squad in an ‘observer’ capacity, with Rumesh Ratnayake, who has been in-charge of the national team as its interim head coach.

Arthur will then take over as the head coach after the Pakistan series becoming Sri Lanka’s 11th head coach, in all interim appointments, since 2011.

As per reliable sources, Australian Shane McDermott has also been signed on by SLC as their new fielding coach. McDermott has been recommended by Cricket Australia (CA) and has left his position as a high-performance coach in the South Australia Cricket Association.

With the appointments of Arthur and McDermott likely to be finalized next week, ThePapare.com also learnt that SLC are in talks with David Saker, the former England and Australia bowling coach, and former Pakistan batting coach, Grant Flower for the positions of bowling and batting coach respectively.

Flower had a lengthy six-year stint with Pakistan as their batting coach. He represented Zimbabwe in 221 ODIs and 67 Tests from 1992 to 2010. Flower’s name is believed to be recommended by Arthur, as they worked together for three years with Pakistan.

Despite having a poor ‘Hire & Fire’ reputation, if SLC manages to finalize all these high-profile appointments before end of this year,  a brand-new coaching setup will be in place when Sri Lanka tours India for a three-match T20I series in January next year.