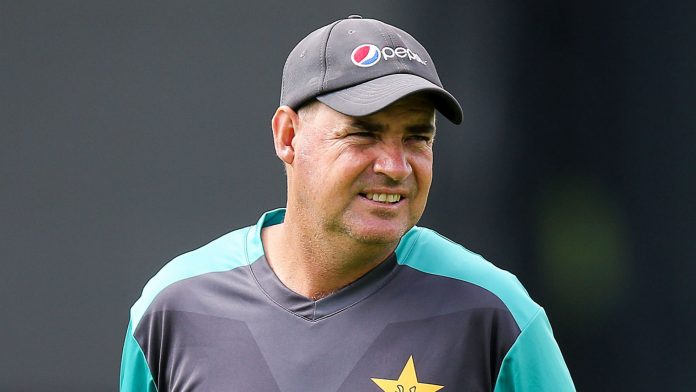 51-year old Arthur’s name has been approved by the Sri Lanka Cricket (SLC) Executive Committee after Englishmen Mark Ramprakash declined the offer to join the Lankan setup after having initially agreed to take over the role.

Arthur has previously coached South Africa from 2005 to 2010, and Australia from 2011 to 2013 before his most recent three-year assignment with Pakistan ended in August.

Under Arthur, Pakistan rose to number one in T20I rankings, winning 30 matches out of 37. However, Pakistan lost on 17 occasions in 28 Tests with Arthur at the helm. The highest point for Arthur in 50-over as Pakistan coach was the Champions Trophy victory in 2017.

In September, Arthur was named as Coach of the Central Stags team in New Zealand’s Super Smash T20 competition later this year. Therefore, if he is to join Sri Lanka Cricket, Arthur will have to withdraw from that appointment. Last Wednesday, former Australian Dean Jones replaced Arthur as the head coach of the Karachi Kings franchise ahead of the next edition of Pakistan Super League.

Since the fallout with Chandika Hathurusingha before the New Zealand tour in August, former fast-bowling coach, Rumesh Ratnayake has been spearheading the Sri Lanka team as the Interim Head Coach.

Ratnayake will continue to function as the Interim Coach during the upcoming two-match Test series in Pakistan, with Arthur most likely to work as a Consultant Coach in order to smoothen the transition.

As per reliable sources, Arthur is set to be contracted until the end of the ICC T20 World Cup in 2021.

Sri Lanka Cricket (SLC) is yet to make a formal announcement on the termination of Hathurusingha’s contract or recruiting Arthur as Head Coach.