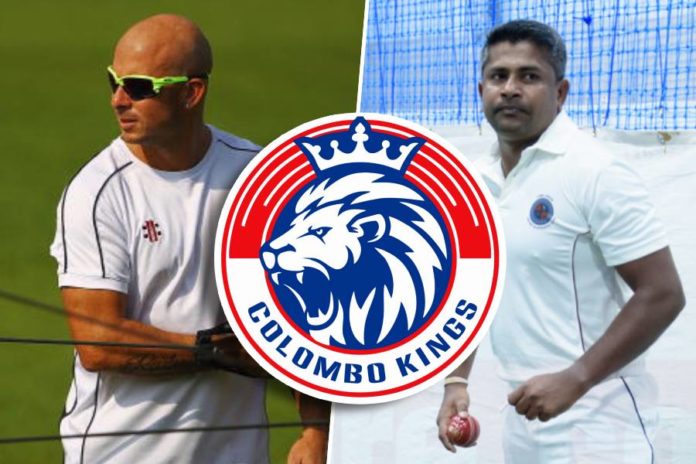 The Colombo Kings franchise have appointed former South African batsman Herschelle Gibbs as their new Head Coach for the upcoming Lanka Premier League 2020 which starts on the 26th of November in Hambanthota.

Gibbs replaces former English cricketer Kabir Ali who had to be withdrawn from taking the trip to Sri Lanka after being tested positive for COVID-19 a few days ago. Earlier, Sri Lanka’s 1996 World Cup-winning coach Dav Whatmore withdrew from the role of Colombo Kings head coach due to personal reasons.

46-year old Gibbs who made 14,661 international runs for the Proteas over the course of his playing career, has previously coached several T20 franchises in South Africa, Bangladesh, and Afghanistan. He was initially slated to work as a commentator for the host broadcaster.

Assisting Gibbs,  former Sri Lankan spinner Rangana Herath will work as the Assistant Coach of the Colombo Kings team which will be led by prolific Sri Lankan all-rounder Angelo Mathews.

“We are happy to have Herschelle Gibbs as our Head Coach. He is considered as one of the most talented cricketers from South Africa. Captain Angelo Mathews is also extremely excited to work with him and hopefully together they both can make the team win the trophy this year.” Shadab Jakarti, Director of Cricket, Colombo Kings said.

Herath replaces another Sri Lankan great Chaminda Vaas, who has communicated his unavailability due to personal reasons, an official spokesperson from Colombo Kings confirmed with ThePapare.com.

Herath, who took 433 Test wickets, the most by a left-arm bowler, hung up his boots two years ago. Since then, he has gained valuable coaching experience by working as a consultant coach at Tamil Union Cricket & Athletic Club.

The Colombo Kings franchise owned by UAE-based Faza Group, will play the curtain-raiser against Kandy Tuskers on the opening day (26th November) of the most awaited five-team franchise-style T20 competition in Sri Lanka.