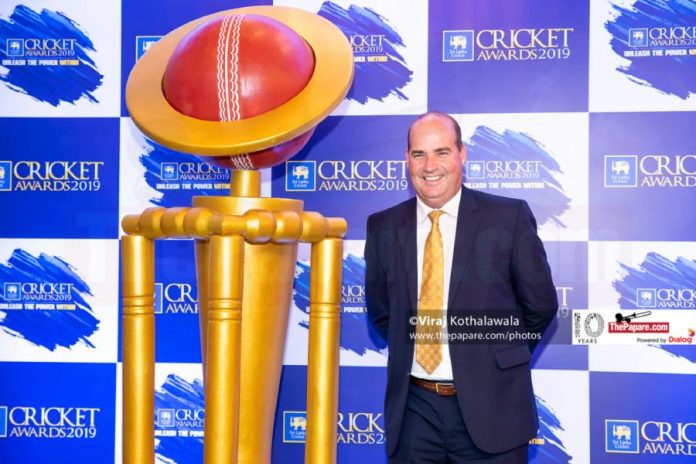 Arthur will commence training with the Sri Lanka Test squad for the Pakistan series from 5th December. The squad led by Dimuth Karunaratne will leave for Pakistan on the 8th of December with the two matches scheduled to be played in Rawalpindi (11th to 15th) and Karachi (19th to 23rd).

Since the fallout with Chandika Hathurusingha before the New Zealand tour in August, former fast-bowling coach, Rumesh Ratnayake has been spearheading the national team as the interim head coach. He will continue in his role during the two Tests in Pakistan to smoothen the transition with Arthur.

Arthur previously coached South Africa from 2005 to 2010, and Australia from 2011 to 2013 before his most recent three-year assignment with Pakistan ended in August. Arthur will become Sri Lanka’s 11th head coach in the past eight years.

During his tenure with South Africa, they rose to the top position in Test rankings registering key wins over England and Australia, away from home.

Since taking over the Pakistan team, Arthur was able to guide them to the ICC Champions Trophy title in 2017 and take Pakistan to the top of the T20I rankings.

Arthur will also have the services of Grant Flower (Batting Coach), David Saker (Bowling Coach) and Shane McDermott (Fielding Coach) as a part of a complete overhaul in the national team’s backroom staff.

However, Flower and Saker will not be touring Pakistan for the Tests, ThePapare.com learns.

McDermott, who was recommended by Cricket Australia (CA), worked previously with the South Australia Cricket Association.

Flower’s appointment comes as no surprise since both Arthur and Flower had shared a healthy working relationship with Pakistan. He will initially work with the limited-overs batsmen while Saker will take over once Ratnayake completes his stint in Pakistan.