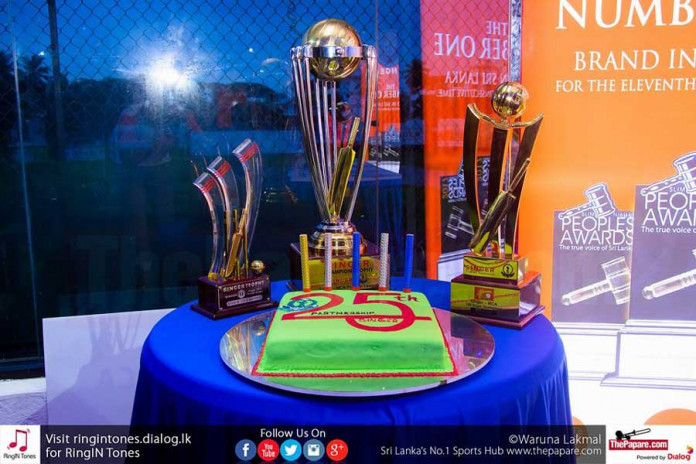 The 25th Singer –MCA Premier League 2018 conducted by the Mercantile Cricket Association (MCA) is set to kick off on Saturday, the 09th of September, 2017.

After extensive discussions, the MCA Tournament Committee has managed to get a window from Sri Lanka Cricket(SLC) to conduct its League, Knock-out & T20 tournies during the months of September & October. The SLC has confirmed that it will not hold any of their tournaments during this period, thus making room for all domestic players to appear in these tournaments.

Sri Lanka Cricket, whilst extending their blessing to the MCA, has also donated 180 white balls (Grays of Cambridge Pakistan  “Cavalier” ) towards  the league stage matches , giving the participating teams a considerable relief.

The number of participating teams have gone up from 07 to 10 this time, with 03 new teams,  namely – LB Finance, Kanrich Finance &  Hayleys Group , joining the top draw.

The league stage, consisting of 45 matches, will get underway this weekend (09th & 10th September), and will go on till 27th September while at the conclusion, the top team on the points table will be crowned the League champions.

The Knock-out tournament, that will follow the League tournament, will consist of 09 matches and will take place between the 30th of September & the 21st of October (Final).

The T20 tournament which will be played on a knock-out basis, will also consist of 09 matches and  will take place between 25th October & 29th October (Final).

There will be plenty of awards on offer and the League tournament is set to award the Best Batsman, Best Bowler, Man of the Series and the Emerging Player of the Tournament, while a Man of the Match award will be on offer during every game of the Knock-Out segment.

Best Batsman, Best Bowler and Man of the Final will be the awards on offer during the T20 segment while the League Player of the Series will receive the traditional award of a Singer 32 inch  LED Colour TV (since 2000).

The most popular award during this tournament will be the “Emerging Player” award, which will be judged by the match referees’ recommendations after each league game. The winner will receive the MCA all inclusive Scholarship (two weeks) to the prestigious Darren Lehmann Cricket Academy in South Australia.