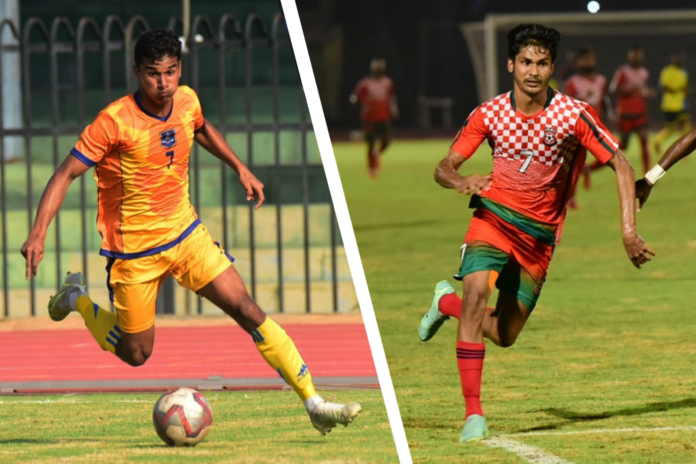 It took them until the 4th week but Defenders and New Youngs finally secured their first win in the Super League 2021 played at the Sugathadasa Stadium.

It took until the 40th minute for Defenders to score the opener when Lakshitha Jayathunga smartly headed in a cross at the far post.

Three minutes into the 2nd half Rifkhan Mohamed was fouled inside the box by Hakeem Kamil and Rifkhan converted the penalty to give a 2-0 lead for the soldiers.

Ratnam too got a penalty, following a counter attack, in the 76th minute when Chithrakumar was fouled by Jayathunga. Hakeem made amends for his earlier mistake to convert and reduce the deficit to a single goal but Ratnam were not able to find the equalizer as referee Lakmal Weerakkody blew for full time.

New Youngs found the opener in the 38th minute after Rumesh Mendis got on the end of a long ball and fed the ball into the path of Mohamed Mushikhan who made no mistake scoring through the legs of goalkeeper Ruwan Arunasiri.

In the 54th minute, the provider became the scorer, as Mendis took advantage of a sleeping Blue Eagles defense to score from an angle with his left foot.

With four minutes left in normal time Lasitha Fernando pulled a goal back for the Airmen. A seemingly routine corner kick collection was spilled by Gihan Kurukulasuriya ensuing a goal mouth scramble as the clearance rebounded off Fernando and into the goal. The goal proved too little too late as Blue Eagles find themselves at the bottom of the table.