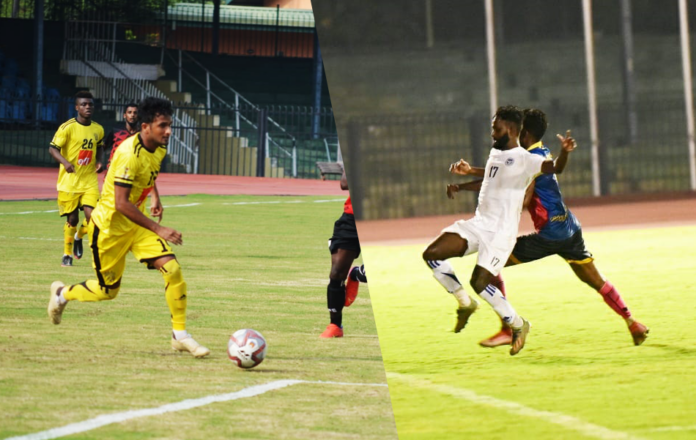 Colombo and Sea Hawks scored deep into injury time to draw and win against Red Stars and Up Country Lions respectively in week 4 of the Super League 2021 played at the Sugathadasa Stadium.

After a quiet first half where neither team scored, Mohamed Rahuman struck twice within 7 minutes to give Red Stars a 2-0 lead in the 67th minute.

The first, was a harmless corner which the defense made a meal out of it leading Mohamed Imran to parry it into the goal. The 2nd was a wonderful counter attack which saw Rahuman get on the end of a low ball across the goal from Ismail Abumere.

Two minutes after Red Stars scored their second, Zarwan Johar pulled one back for the men in yellow and with almost the last kick of the game in the 96th minute they made it 2-2. Ahamed Shazny made up for the mistake which led to Red Stars’ first with an opportunistic strike from a Mohamed Aakib cross.

The battle between the two heavyweights did show some sparks in the first half but without the goals. Both sides shared almost equal possession but the Lions’ had the better chances which weren’t converted.

However, with the game seemingly heading to a goalless draw it needed a strike of precision from Dhanushka Madushanka to beat the diving Sujan Perera. The former Sri Lanka U19 skipper dispossessed the defender and then curled the ball beyond Perera to the bottom corner ensuing mass celebration from the players and the bench.