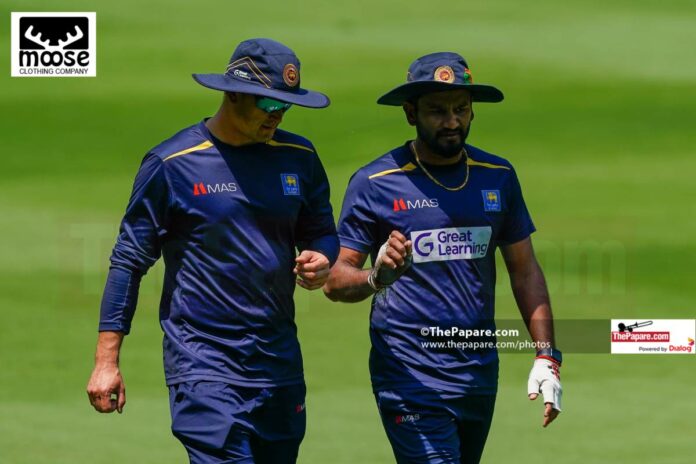 India’s IT hub will host the second Test between Sri Lanka and the hosts starting Saturday, a pink ball Test. Day-night Test encounters have barely lasted three days in India. There have been two of them and both games ended early.

After Sri Lanka’s humiliating defeat in Mohali, where the game ended inside three days with the tourists suffering their third heaviest defeat, by an innings and 222 runs, there’s a quick turnaround before the second Test here at the Chinnaswamy Stadium. The ground has been named after Mangalam Chinnaswamy, a former BCCI President and a stalwart of Karnataka State Cricket Association.

Sri Lanka’s best chance in the pink ball Test was Dushmantha Chameera. The quick was rested for the opening fixture with the hope that he will be fresh and ready to go for pink ball Test here. But he’s developed an ankle pain and the medical panel has decided to only play him in white ball cricket until the World Cup. That may be sensible given this is a World Cup year but the point is in that case why bring him at all to India for Tests? Could a young player have benefited by coming on the tour and being with the team. Chameera could have been well off remaining at RPS where his workload could have managed by the coaches at the High Performance Center rather than him being brought here and pampered.

Lahiru Kumara was sent home having sustained a hamstring injury on day one of the first Test, Sri Lanka are thin on pace and have to rely on Suranga Lakmal and Vishwa Fernando

Sri Lanka clearly missed a second spinner in Mohali. It was so strange to see a solitary spinner being used whereas India opted for three slow bowlers. Expect them to play a second spinner here although it’s a day-night game and that brings Praveen Jayawickrama into the equation.

It’s been a roller-coaster ride for Jayawickrama in his brief Test career. But India will be a different beast altogether. Come what may, there’s no better place for a young spinner to develop than India and this will be a good learning experience for the youngster moving forward.

Another young player, Pathum Nissanka has made rapid progress since his stunning debut in the Caribbean last year. He was the side’s best batter in the opening encounter and the team will miss him in Bangalore. It’s been a constant grind for Pathum in the last 12 months having played all three formats across all parts of the world. It has taken a toll and his back has given way.

That opens up a spot in the batting order and it’s a toss up between Dinesh Chandimal and Kusal Mendis. Sri Lanka are likely to favour the latter. When in the mood Mendis comes up with match winning efforts as he has proved himself time and again. But much to the disappointment of fans, consistency has been lacking and Mendis has so much to prove in his comeback after being suspended for his off the field excesses.

As India proved in Mohali, their attack is a formidable one. Jasprit Bumrah and Mohammad Shami may not have the numbers of James Anderson and Stuart Broad, but as a pair, they are in the peak of their careers and rarely send down a loose ball. If Sri Lanka overcome the new ball threat, then there’s Ravindra Jadeja and Ravichandran Ashwin. One is India’s second most successful bowler EVER and the other is about to go past Bishan Singh Bedi as India’s most successful left-arm spinner. There’s little escape for the batsmen from this kind of attack. The only weak link in India’s bowling in Mohali was Jayant Yadav. But now that they have added Axar Patel into the squad, it is most likely that he will play too and that will add to Sri Lanka’s headaches.

In five Tests so far, Patel has taken 36 Test wickets including five wicket hauls five times. In India’s last day-night Test match, Patel took 11 wickets against England in Ahmedabad. It appeared that with the SG ball that he was able to get significant drift and England barely picked him as nine batsmen were either bowled or trapped leg before wicket.

It will be also the last game for Suranga Lakmal, who’s been a great servant of Sri Lankan cricket over the last 13 years. Ideally, he would have liked to retire at home but having secured a two year deal with Derbyshire; it would be a tough choice for him to make himself available for the home Tests against Pakistan in July when the English summer is in full swing. He will be hoping that his swansong will be one to remember.