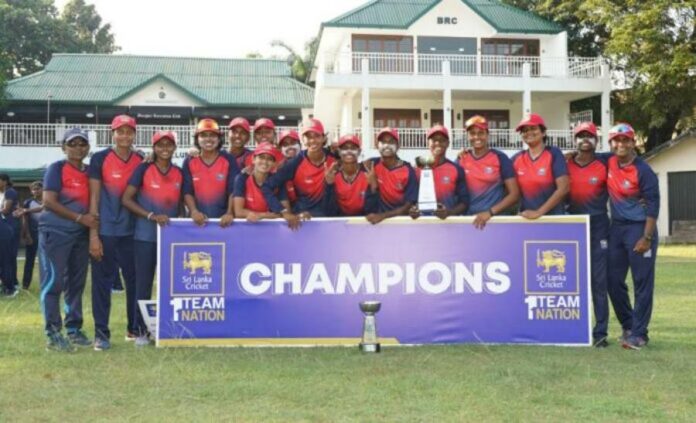 Team Reds crowned champions of the Women’s Super Four 50-Over Tournament as they defeated Team Greys by 53 runs in the final of the tournament worked off yesterday (25th November) at BRC Grounds in Colombo.

Team Reds’ skipper Nilakshi de Silva won the toss and opted to bat first but things didn’t work as planned as they were restricted to 150 runs in 42 overs. The wicket-keeper batter Prasadini Weerakkodi (37), the skipper De Silva (35) and all-rounder Malsha Shehani (29) were the chief contributors with the bat for Team Reds.

Read : Greys continue their unbeaten run with a thrilling win

Sandani Thiwanka was the pick of the bowlers for Team Greys as she grabbed 4 wickets for 31 runs. Team Reds in their turn with the ball produced an exceptional bowling performance to restrict the opposition to just 97 runs and win the championship.

Sri Lanka capped Shehani turned the tide in favor of Team Reds with an outstanding spell where she picked up 5 wickets for 23 runs.