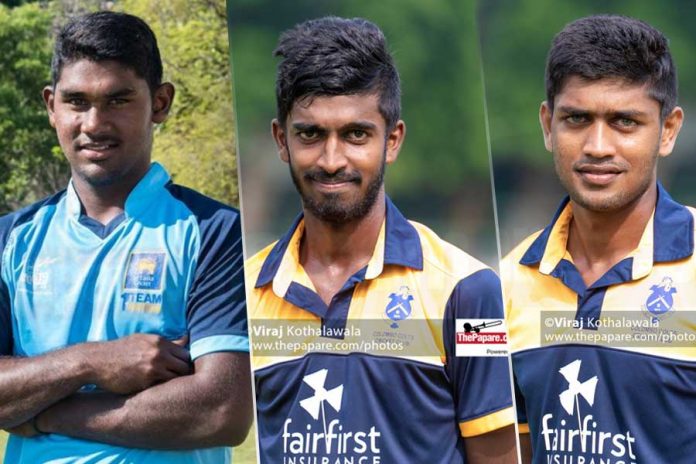 After being put into bat by Colts, Chilaw Marians could only muster 143 in their 1st innings courtesy of a brilliant spell by seamer Nipun Ransika who picked up 4 wickets. Colts CC started day 2 on 77/0 with openers Dhananjaya Lakshan and Santhush Gunathilaka on 43 and 19 respectively.

All- rounder Lakshan worked his way to a handsome 61 after his partner Gunathilaka’s dismissal for 21. The match defining partnership was put up by Joshepian Jehan Daniel and wicket keeper batsman Vishad Randika who took the game away from Chilaw as they managed to secure a 107-run first innings lead at stumps.

All-rounder Daniel stroked a brilliant 83 while his partner Randika was unbeaten on 62 at the other end. The pair pushed Colts to 250/3, making a Colts victory almost a certain.  Asitha Fernando was the only bright light for Chilaw Marians CC as he managed to break through the Colts batsmen’s defense twice.

Unfortunately, the day was brought to an early end due to rain as only 49.5 overs were bowled today. The third day of the final will be worked off tomorrow from 9.45am onwards at the R. Premadasa Cricket Stadium.