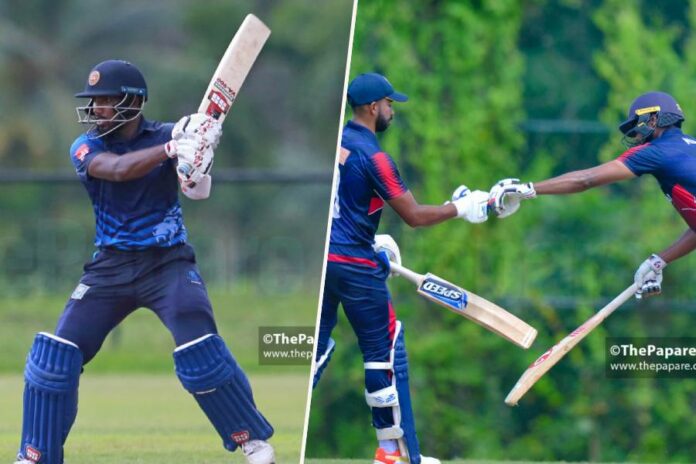 Tamil Union Cricket & Athletic Club and Ragama CC secured their places in the final of SLC Major Club Limited Over Tournament as they defeated Sri Lanka Army Cricket Club and Nondescripts Cricket Club respectively in the semi-final encounters worked off today at Maggona and Panagoda.

Tamil Union C & AC registered a 47-run win over Army CC to secure their place in the final of the tournament. Due to the prevailing weather conditions, the match was reduced to a 43-over affair.

After been put into bat first, Tamil Union posted 242 on the board with Sadeera Samarawickrama top-scoring with an elegant half century, while Navod Paranavithana chipped in with 49 runs. In reply, the soldiers were bundled out for 179 runs, handing a 47-run win for Tamil Union.

Sri Lankan national cap Asela Gunaratne top-scored with a valuable 40 runs, but it was not enough for Army CC as Pramod Madushan and Jeffrey Vandersay ran through their batting lineup taking 3 wickets each.

The semi-final encounter between Ragama CC and NCC was abandoned due to the weather conditions at Army Ordinance Corps International Cricket Stadium.