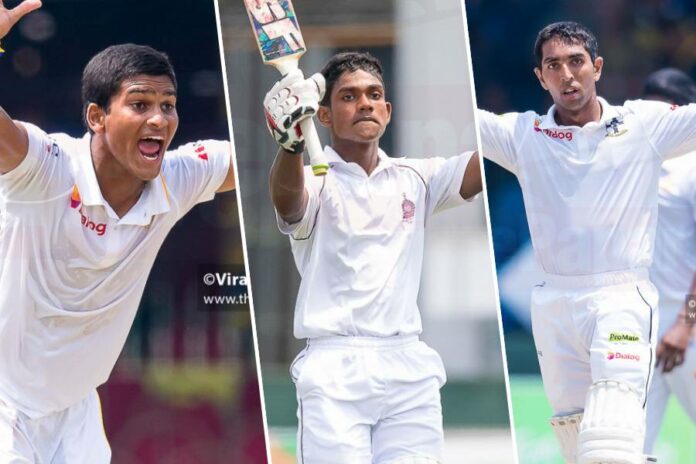 Out of the 3 confirmed semifinalists, Group B winners Negombo CC and Group C winners Colts CC locked horns today in Dombagoda. Putting Negombo to bat first after winning the toss, Tamil Union steamrolled the opposition, bowling them out for a mere 113. Former Royal opening pacer Kavindu Pathiratne starred for the Tamils, claiming 8 wickets for 35, which are the best figures by a fast bowler in this tournament so far. In reply, Tamil Union were 91/1 and were in a very strong position at close of day 1.

As the tussle for the top spot in Group A continues for yet another week, Group D toppers Colts CC had a memorable outing against BRC today in their final group game at home. After being put in to bat by the visitors, Colts amassed a massive 461, losing just 2 wickets at the end of day 1. Openers Avishka Perera and Shalin De Mel put on the highest opening stand and the overall 2nd highest stand of the tournament, adding 326 for the 1st wicket. De Mel was dismissed for 172 after making his 2nd 150+ score of the tournament, while his partner Perera remained unbeaten on 211, making the 7th double ton of the tournament. This is Perera’s 2nd 150+ score of the tournament. His previous one came when he was involved in a 395-run 2nd wicket stand with Ravindu Rasantha, the highest partnership of the tournament thus far, against KTC.

In the most sought after Group A game of the week where Sebastianites C & AC took on Navy SC at Welisara, the Sebastianites were in command of the game at the end of day 1 despite a 6-wicket haul from Navy’s Sulekshana Sri Eshan. A win for the Moratuwa club here will ensure a spot for them in the 2nd semifinal against Colts CC.

The second day of all the ongoing 7 matches will commence tomorrow.