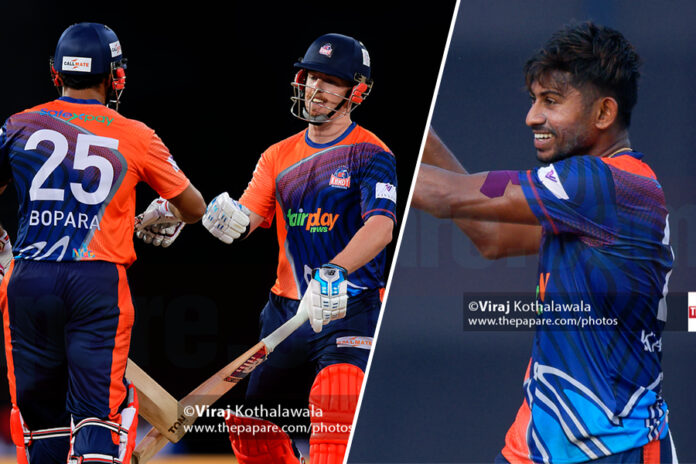 Galle Gladiators’ skipper Bhanuka Rajapaksa won the toss and decided to bat first. Kusal Mendis and Danushka Gunathilaka opened the innings for Gladiators but they couldn’t get off to a good start as the latter was bowled by left-arm seamer Shiraz Ahmed for just 5 runs in the 2nd over.

In the very next over, Samarawickrama was dismissed for no run in his first game of the tournament. Gladiators continued to lose wickets at regular intervals but Mendis held one end playing an anchor role scoring 44 runs off 34 balls with 3 fours and 1 six.

Giants vs Gladiators ends in no-result due to rain

Samit Patel coming to bat at 6, also chipped in with valuable 36 runs as Gladiators put on 127 for 7 in the allotted 20 overs. Ramesh Mendis was the pick of the bowlers for the Warriors as he snared 3 wickets for 25 runs.

Chasing 128 to win, the Warriors also struggled at the top losing the first 4 wickets for 56 runs inside the first 10 overs. However, experienced English batters Ravi Bopara (34*) and Tom Moores (28) held their nerves to guide the Warriors for their first win in the tournament.