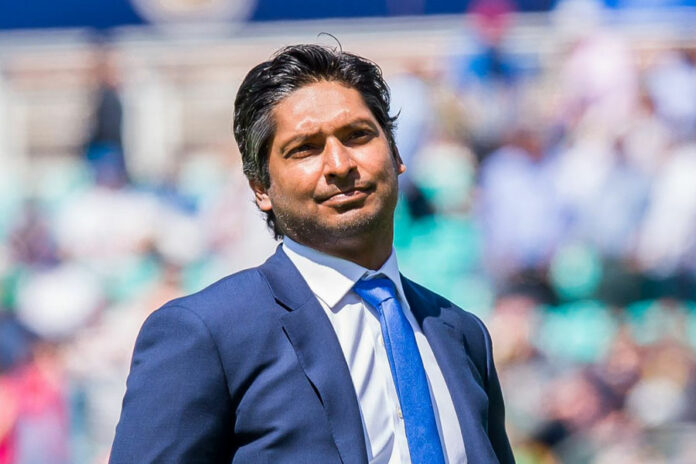 The International Cricket Council (ICC) today announced a special edition intake of 10 cricket icons into the ICC Hall of Fame to celebrate the prestigious history of Test cricket, and to coincide with the first ever ICC World Test Championship Final.

The 10 legends of the game to be inducted have all made a significant contribution to the history of Test cricket, and join an illustrious list of ICC Hall of Famers, taking the total number to 103 as a result of this intake.

The special inductions of the ICC Hall of Fame from the following five eras join the ranks of the world’s greatest players:

EARLY CRICKET ERA – Players whose greatest contributions to the game were prior to 1918.

INTER-WAR ERA – Players whose greatest contributions to the game were from 1918-1945.

POST-WAR ERA – Players whose greatest contributions to the game were from 1946-1970.

ODI ERA – Players whose greatest contributions to the game were from 1971-1995.

MODERN CRICKET ERA – Players whose greatest contributions to the game were between 1996-2015.

The special edition ICC Hall of Fame show was streamed LIVE on ICC digital channels and was hosted by Alan Wilkins. The show featured interviews with some of the inductees and insights from a specialist panel of guests including Lisa Sthalekar and Lawrence Booth of Wisden. Kumar Sangakkara and Andy Flower also made an appearance on the show, giving their reactions to their entry into this league of legends.

To download the special intake of the ICC Hall of Fame Show (rights free), please refer to the Online Media Zone.

The 10 icons inducted as part of this special edition were voted for by the ICC Hall of Fame Voting Academy, comprising living Hall of Fame members, a FICA representative, prominent cricket journalists and senior ICC figures.

“My fondest memory as a player is probably the New Year’s Ashes Test 1962/63 against the might of Benaud’s Australia. We needed almost 240 to win the match on the final day and boy did I feel good when we got over the line! That is something I will never forget.

“After my playing career, not in my wildest dreams did I think I would end up being a top administrator of the game. I thought I would get on with life after playing and build my PR business. Suddenly along came the opportunity to become Chairman of Selectors, and at the time we were expected to beat most of the emerging Test nations. I was aware that time had moved on so unless we thought differently and planned ahead, we were going to be left behind.

“There are many moments in my life in cricket of which I am very proud; as a player, an administrator and in establishing what is today’s rankings system. I also take great pride in having simplified the means of producing on-screen captions and scorecards when I was working as a television commentator, something which you take for granted when watching cricket today. My work in cricket is all very gratifying and I am really proud of everything I have achieved. Being recognized by the ICC for what I have achieved is very satisfying and knowing that I’ve been chosen by my peers and so many great names makes me blush, and I’m thrilled along with my family by this honour.”

Speaking on his induction, Desmond Haynes said: “I have played Cricket with some of the greats of the game from the West Indies who are also inducted in the ICC Hall of Fame. That team from 1978 till about the 1990s was a fantastic team. As a young boy growing up in Barbados, I never dreamt that I would be one day inducted in the ICC Hall of Fame. I have really come a long way and I am very happy for this honour. The journey was not smooth, I started playing cricket in a little area of St. James in Barbados where I was loved by everyone in the community, who also helped me stay out of trouble. This is also for my grandmother, my mum and my wife, all of whom supported me in my journey.”

Speaking on Vinoo Mankad’s induction, fellow ICC Hall of Fame member, Sunil Gavaskar said: “Vinoo Mankad’s legacy has been to tell the aspiring Indian cricketer to believe in oneself. He was a great proponent of self-belief. He was the one who kept saying to me that you need to keep scoring runs and keep at it. When you get a 100, let that be the knock on the selector’s door. If it is unheard, then score that double hundred and let that knock be even louder. You can have the best technique, but if you do not have the temperament to support it you will not succeed, you have to keep hanging in there and have that self-belief. That was the greatest lesson I learnt from him.”

Commenting on Bob Willis’s induction into the ICC Hall of Fame, his wife Lauren Clark said: “We are incredibly honoured as a family that Bob is getting inducted in the ICC Hall of Fame and it is sad that he is not here to accept it himself. He deserves to be here; he played 90 Tests for England and took 325 Test wickets and he worked really hard for those wickets, and we are really honoured and proud of him.”

Commenting on receiving the ICC Hall of Fame posthumously, granddaughter of Monty Noble, Elizabeth Noble said:“It is a great honour for us as a family to have my grandfather, inducted in the ICC Hall of Fame. We are delighted and truly humbled that his contributions to cricket have been recognized and celebrated in such a way.”

Reacting to the honour on her father being inducted in the ICC Hall of Fame posthumously, daughter of Stan McCabe, Christine Hancock said: “I was thrilled when I heard about his induction, and very proud of this honour. He was a good father and we spent a lot of good times together. He was very generous and humble in the family home. He would tell me about his innings at Trent Bridge in 1938 and that while he was batting, Don Bradman told the whole team to go out onto the balcony to watch my father’s innings, telling them they’ll never see anything like it ever again! Although I didn’t see him play a lot myself, I always heard stories about him as this fluid, swashbuckling sort of player. He didn’t talk much about his cricket career at home. He would always rather be known as the father of Geoff and Chris McCabe than as a cricketer.”

The ICC Half of Fame special edition induction process:

The ICC’s independent statistician compiles a longlist of ex-players or other significant cricketing figures for each era (based on the period during which they had their most significant impact) and these are presented to the Hall of Fame Nominations Committee, together with relevant statistics and brief commentary.

The Hall of Fame Nominations Committee subsequently convene to select six names to be shortlisted in each of the five eras noted above.

The ICC Hall of Fame Voting Academy, comprising active Hall of Fame members, a FICA representative, prominent cricket journalists and senior ICC figures, vote online to identify their selections for induction in each of the five eras.

Results produced a weighted score, against which the top two individuals in each era are inducted into the ICC Hall of Fame. In the event of a tie, the players with the most first choice votes take priority.