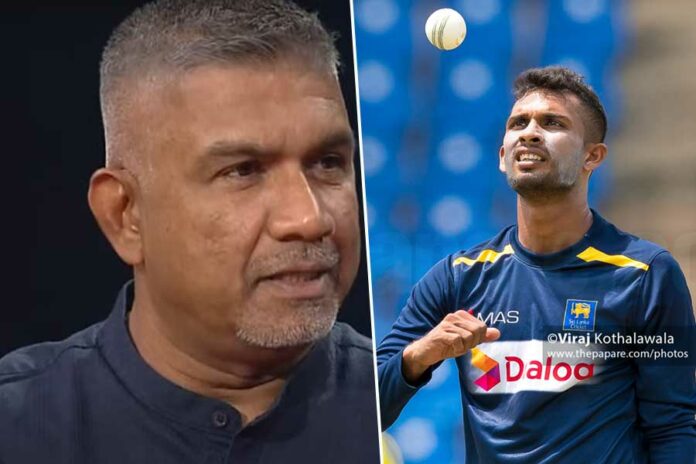 Chief Selector Pramodya Wickramasinghe has explained the reasons behind the removal of Dasun Shanka as Captain of the Sri Lanka T20I team.

Shanaka was formally appointed as Sri Lanka’s T20I captain in February ahead of the T20I series against West Indies but he couldn’t lead the side as a result of being unable to travel with the team due to a Visa issue.

The selectors have now named Sri Lanka’s ODI skipper Kusal Perera as the captain for both ODIs and T20Is for the upcoming tour of England.

Speaking to Daily FT, Wickramasinghe explained that Kusal Janith has been given the T20I captaincy, so as to provide some stability across formats.

“We gave Kusal two tours, to Bangladesh and England and told him to continue as captain without breaking the format. After the completion of the England tour, we will review the captaincy. He has areas to improve as captain, we will closely monitor him during the England series and then arrive at a decision.” Wickramasinghe said.

Talking about T20I captaincy, chief selector mentioned that there are 3-4 players who they have their eyes on for Captaincy.

Read: Our aim is to get automatic qualification for the World Cup – Pramodya Wickramasinghe

“There are about 3-4 players for the T20I captaincy. Initially we gave the captaincy to Dasun Shanaka who has won a series in Pakistan. We need to speak with him and discuss his form as well before taking a final decision,” he added.