Galle Gladiators dominated Kandy Tuskers from start to end in the all-important knock-out game between the sides to register a comfortable 9-wicket win in their last league fixture of the Lanka Premier League 2020 at the Mahinda Rajapaksa International Cricket Stadium.

The game was set by the Gladiators’ seamers as they picked up early wickets and dried up runs but it was Danushka Gunathilaka who blasted the Tuskers away from any potential comeback in the second innings with another blazing half century (94*).

The skipper of Galle Gladiators Bhanuka Rajapaksa won the toss and elected to bowl first in their last game of the league stage with the possibility of dew in mind at the later stages of the game. The game was a virtual quarterfinal for both teams as a win would confirm a semifinal berth.

Gladiators’ opening seamers, Mohammad Amir and Nuwan Thushara produced the dream start for their team as both seamers nailed yorker after yorker to restrict the Kandy top order to 12 runs in the first 4 overs. Thushara reaped the rewards for disciplined bowling with two wickets inside the powerplay while Amir only conceded 4 runs in his first two overs. 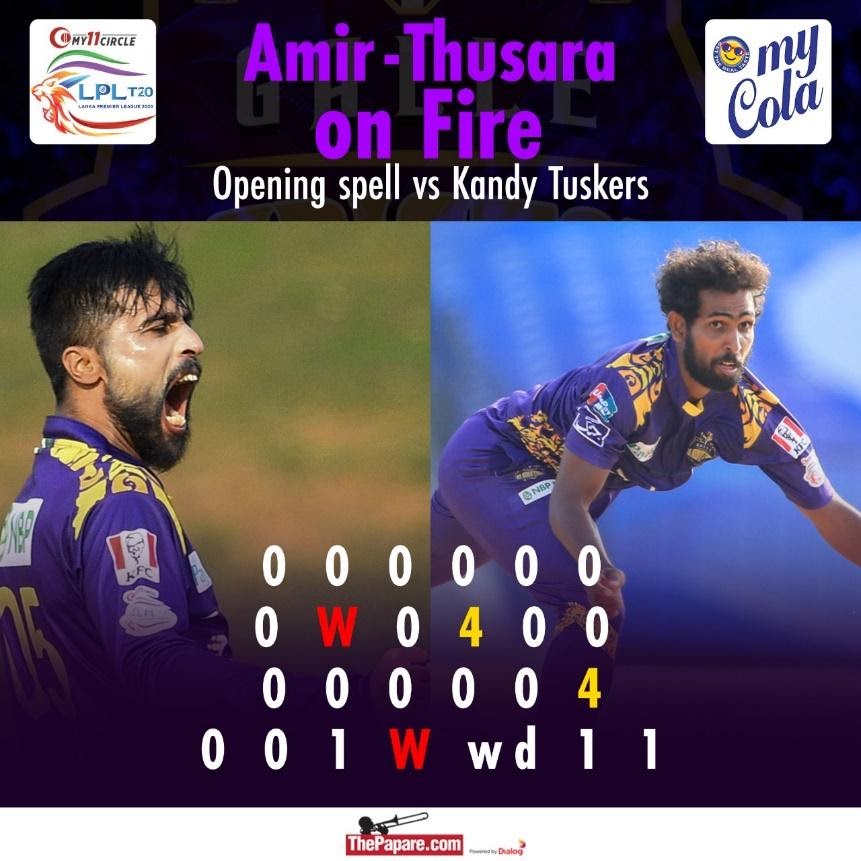 Unfortunately, Thushara seemed to pick up an injury after that opening spell and didn’t return to field for the rest of the match. However, Tuskers lost another two wickets courtesy of the two Lakshan’s (Dhananjaya & Sandakan), making life difficult for Kusal Mendis who was at the other end.

Mendis was the only batsman to go past 20 runs in the Tuskers’ line-up as he launched a one-man show with a much-needed half century for his franchise. But that alone was not enough to guide Tuskers to a commanding total as they were dismantled for just 126 inside 20 overs.

All of the Gladiators’ bowling options were impressive, especially Thushara and Amir who shared two wickets each. Amir only conceded 11 runs in his 4 overs.

In the Gladiators’ reply, it was all about Danushka Gunathilaka who piled up another half century on his way to the top of the top runs scorers’ chart. 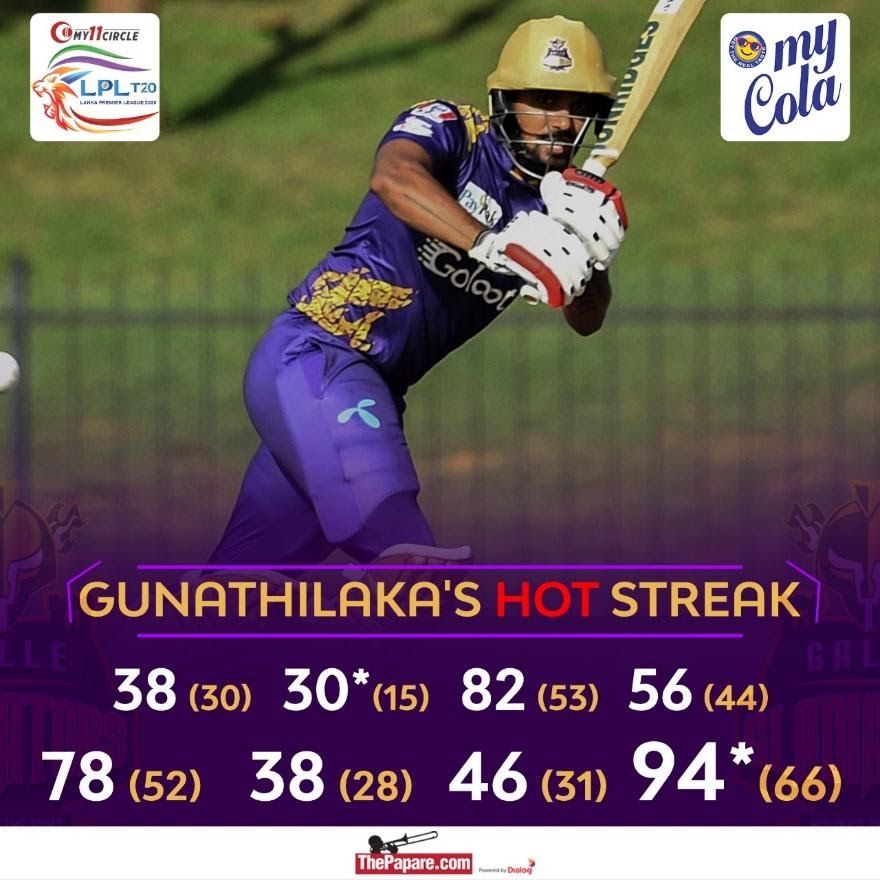 Gladiators reached the target without any trouble in the 16th over for the loss of one wicket. With this win, the Gladiators secured the 4th place of the points table and the last semifinal berth which means they will face the winner of Colombo Kings vs Dambulla Viiking game (tomorrow at 8.00pm) in the semifinals.

Keep it logged on to ThePapare.com for all the news, updates, videos and photos of the Lanka Premier League 2020.