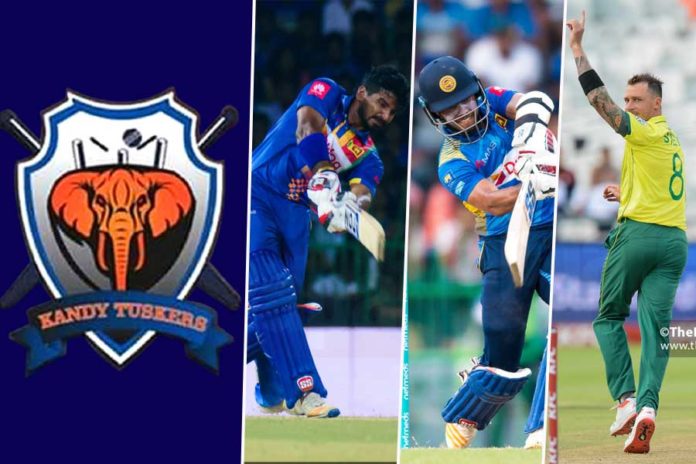 As the inaugural Lanka Premier League nears kickoff, the Kandy Tuskers franchise, captained by Kusal Perera, come into the tournament as slight underdogs, with a point to prove.

The franchise was bought by Bollywood actor, director and producer Sohail Khan, owner of the production house Sohail Khan Productions.

With a top-heavy batting line-up, the Tuskers will hope that the likes of Kusal Perera, Kusal Mendis and Zimbabwean star Brendon Taylor get them off to blistering starts, to ease the strain on what looks to be a middle order a little slim in comparison. Asela Gunaratne will have a key role to play while it will be a great opportunity for the likes of Kamindu Mendis and Priyamal Perera to prove themselves with the bat.

While the batting line-up may not look as flashy as some of the other franchises, the Tuskers have plenty of options when it comes to the bowling line-up. National caps Dilruwan Perera and Lasith Embuldeniya have not done much in the shortest form of the game but will be raring to go. They will have to compete for their places in the spin battalion alongside all-rounders Kamindu Mendis and Seekkuge Prasanna and late addition to the squad Kevin Kotthigoda.

The fast bowling line-up received a huge boost last week, with Dale Steyn confirming his participation in the tournament, however, the South African is likely to miss a part of the tournament with the quarantine regulations in place. Steyn, despite having an ordinary IPL with the Royal Challenges, is one of the most high-profile signings of the tournament.

Nuwan Pradeep will spearhead the attack and will have a host of experienced internationals to partner up with, including Irfan Pathan and Munaf Patel, the latter not having played competitive cricket since 2017. Another late addition to the squad, Vishwa Fernando, could be another important player for the Tuskers, particularly in the early part of the tournament, with Steyn likely to miss out.

The spotlight will no doubt be on the two Kusals at the top of the order. Mendis has had a decent year with the bat both in international cricket as well as domestic cricket and is not short of match practice in relation to many other players, having featured in the Army T20 League last month. Perera on the other hand, has not played much cricket this year and the injury-prone batman will hope his hamstring stays intact throughout the tournament.

In Kamindu Mendis and Kevin Koththigoda, the Tuskers have two X-factor players, who could prove to be the ones to watch out for in the tournament. Mendis shot to fame as an ambidextrous spinner, but is a more than capable batsman, who has a career strike-rate of 130+ in T20s. Another youngster to watch out for is 21-year-old Afghan fast bowler Naveen Ul Haq, who featured for the Guyana Amazon Warriors in the recently concluded CPL.

The Tuskers have had a rough run-up to the tournament, with ‘Universe Boss’ Chris Gayle, Liam Plunkett and Wahab Riaz pulling out of the tournament and Sohail Tanvir testing positive for COVID-19. However, with a few low-key yet extremely capable locals in their line-up, they are sure to be a force to reckon with, come curtain-raiser on the 26th. 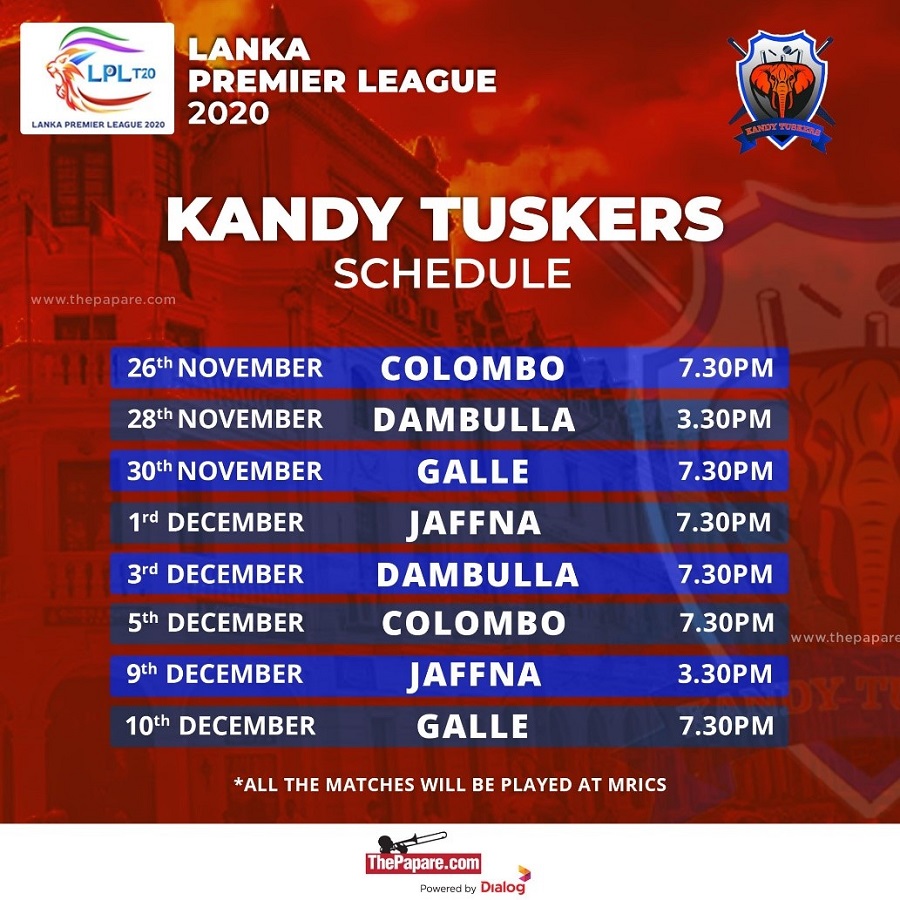