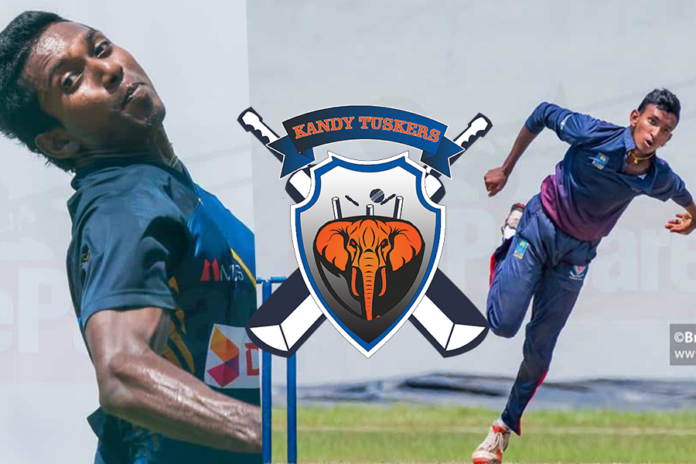 Kandy Tuskers has signed in two more local players for their squad, stretching their squad to 22-members. The newest signings for Tuskers are national cap Vishwa Fernando and leg spinner Kevin Koththigoda.

Both players were not picked for any franchises in the initial player draft and Koththigoda was not even part of the shortlisted player list in the player draft which was held on October 19th via online. Fernando was one of four players who were not picked for any franchise initially from the 22-member national Test squad to South Africa. (Other three players are Dimuth Karunaratne, Lahiru Thirimanne and Santhush Gunathillake)

Kandy Tuskers Team Manager Farveez Maharoof confirmed to ThePapare.com that Fernando can join the Tuskers squad straightaway since he was with the Test squad in a bio bubble at Pallekele. But Koththigoda will have to do the PCR tests and go through mandatory quarantine before joining his teammates.

Previously, all the franchises were allowed to pick only 20 players but after many inevitable issues, SLC has allowed to keep 22 players in a squad.

Younger brother of Vishwa, Nuwanidu Fernando who is another talented cricketer from St. Sebastian’s College, Moratuwa will also be part of the Lanka Premier League as he was already picked for Jaffna Stallions squad as a supplementary player.

Meanwhile, this will be Kevin Koththigoda’s 2nd franchise cricket experience as he played for Bangla Tigers in the Abu Dhabi T10 League in 2019. He is well-recognized for his special bowling action which is very much alike to the bowling action of former South African spinner Paul Adams.