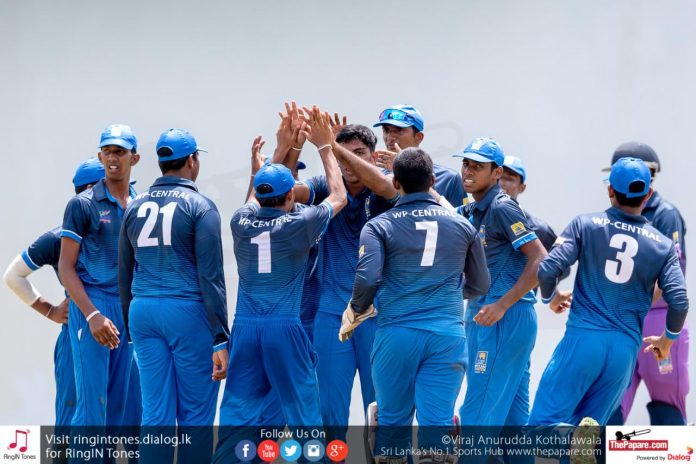 When they were struggling at 146 for 8, left handed duo Kalana Perera and Dunith Wellalage joined at the crease and built an unbeaten match winning partnership of 52 runs off 40 balls for the ninth wicket to guide Western Province Central to victory.

Group B fixture between Eastern Province and Uva Province concluded today without a result as rain interrupted the match. Eastern Province skipper won the toss and chose to bat first at FTZ Sports Complex (BOI) grounds in Katunayake but posted only 171 runs all-out in 45.2 overs. .

Kavindu Lakshitha top scored with 48 runs for Eastern Province. Chethaka Denuwan and Randunu Ganganath shared 5 wickets between them for Uva Province. Chasing 172 runs to win, Uva Province opening batsmen began their innings but they could bat only for 2.1 overs as rain halted the match.

With the match ending without a result, both Eastern Province and Uva Province had to finish their campaigns without a single victory.

The final match of the Sri Lanka Cricket (SLC) U19 Provincial Limited Overs Tournament 2018 will be played on 23rd June at Colombo Cricket Club grounds.

ThePapare.com will be bringing you live action of the final match on Dialog Television Channel 1, Dialog MyTV and ThePapare.com