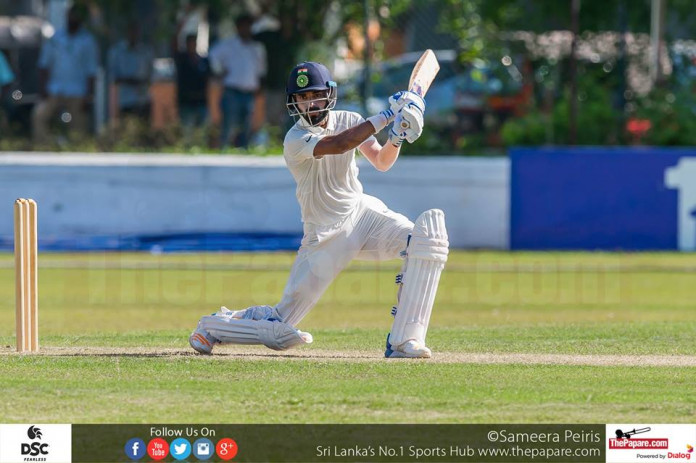 KL Rahul will miss opening game of the three-match Test series in Galle, starting on Wednesday (July 26), due to viral fever, the Board of Control for Cricket in India confirmed with a media release.

While the rest of the squad travelled south of Colombo on a three-hour bus drive, Rahul stayed back in the capital city and remained under observation. Earlier, Cricbuzz had learnt that all reports negated the chances of pneumonia or dengue.

“The BCCI medical team confirms that opening batsman Mr. KL Rahul is presently down with viral fever. There are no major health concerns and he is making rapid progress, much to the satisfaction of the medical team.

“As a precautionary measure, Mr. KL Rahul is advised further rest and hence will not be available for selection for the first Test match against Sri Lanka, which starts on July 26 at Galle,” the release stated.

The dashing Karnataka batsman had just come out of a four-month long hiatus after he injured his shoulder during the Dharamsala Test against Australia. The injury needed him to undergo a surgery which led to him missing the IPL 2017 and Champions Trophy.

Making a comeback to the cricket field during the two-day practice game against Sri Lanka Board President’s XI, Rahul scored a quickfire 54 off just 58 balls, hitting seven boundaries.

Speaking at the end of the first day’s play of the tour game, Rahul had expressed how tough it was to stay away from the action and go through the rigours of rehabilitation. He also mentioned that he remains circumspect about the injury and fears if it would happen again.

“Yes, I am [nervous]. The body is still very unsure and it keeps holding me back every time. That’s the biggest challenge coming back from injury. You know that you are physically fit and you have done everything that you can, worked really hard, you are feeling stronger, you are feeling fitter. But the mind always tells you what if it happens again, what if you have to go through the same grind for three months, what if your shoulder is not ready, what if you came back early. The fear is obviously there but I will fight it and I will overcome that.”

The opener’s slot has become an area of concern for the team management with injury issues rearing its head every now and then. Murali Vijay pulled out of the tourafter speaking to the selectors that he had not fully recovered from his wrist injury. With Rahul not available for selection for the first Test anymore, Mukund would feature in his seventh Test and walk out with Shikhar Dhawan at the top of the order.