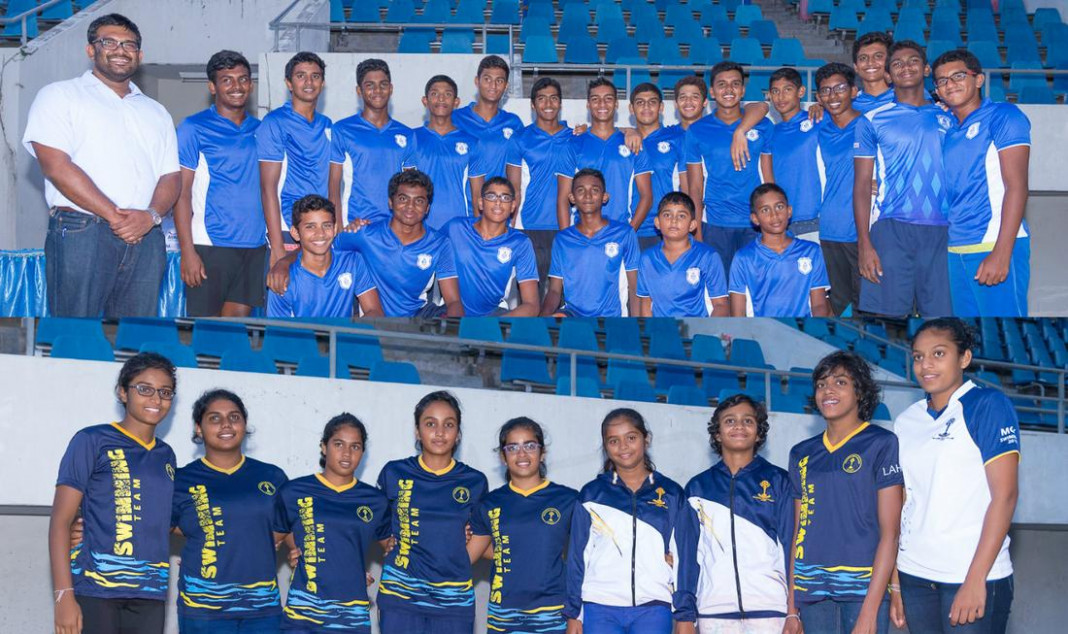 As the final day of the Sri Lanka Schools’ swimming championship drew to a close, St. Joseph’s College Colombo and Mahamaya College Kandy were able to defend their titles as champions once again.

St. Joseph’s College won with 314 points, beating Royal College by a measly 0.5 points whereas Mahamaya College had a comfortable win over Visakha Vidyalaya scoring 342 points and having a gap of 34 points.

Rumudi Samarakoon of Visakha Vidyalaya who had been performing well throughout the past 3 days was named the girl’s U-15 age group champion, securing 25 points by coming first in all of her events. The only other individual to secure 25 points for their team was the boy’s U-17 age group champion Akalanka Peiris from St. Peter’s College who also won all of his events.

The boy’s U-15 age group champion, Revan Seneratne secured 23 points for Royal College by coming in first place in almost all his events except for the 400m free style event in which he was placed second. K. M. N. N. Karunanayaka, the girl’s U-17 age group champion from Killer Whale Aquatics, faced a similar situation securing 23 points as she came second in only the 200m backstroke event. The boys’ U-20 champion B. Dilanka Shehan from Nalanda College and Shaleena Peiris, the girl’s U-20 champion from Visakha Vidyalaya, were also in the same boat securing the same amount of points as they only lost first place in one event; the 1500m backstroke for the Nalandian and the 50m butterfly for the Visakhian.

The senior members of the St. Joseph’s College swimming team, speaking to ThePapare stressed on how the meet was extremely close, with them only able to secure a narrow win but credited their unity and teamwork as the main factor behind their success.