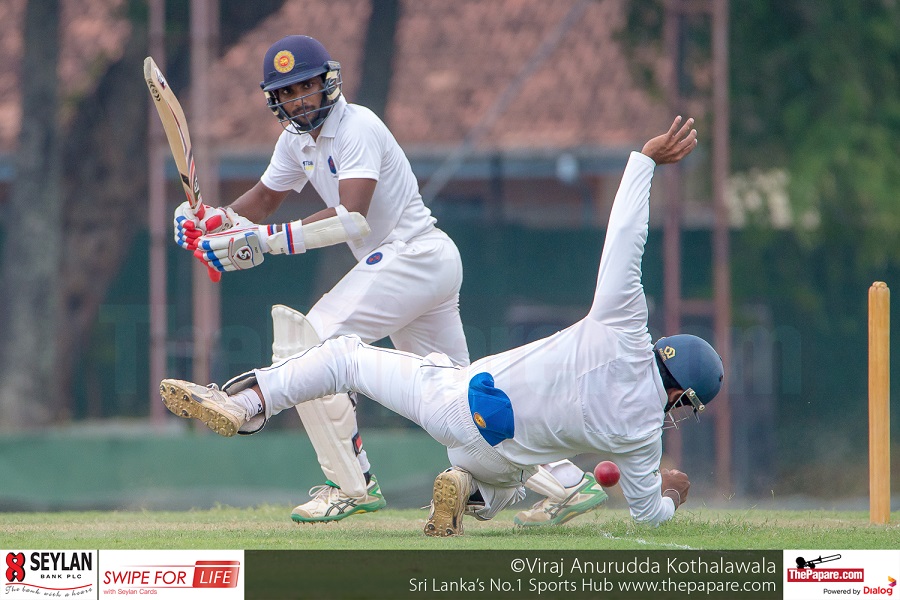 The second day of the SLC Premier League Tier A clash between Tamil Union C&AC and Baduraliye SC was worked off at the Tamil Union grounds today.

Resuming on their overnight score of 44/3 Baduraliye hardly troubled the scorers before losing their fourth wicket just two overs into the days play. That paved the way to a collapse in their batting order as the spin duo of Jeewan Mendis and Ramith Rambukwella shared nine wickets among them. Prabath Nawela was the lone ranger for a depleting Baduraliye batting order with a fighting half century.

With a healthy lead in excess of a hundred in the bag Tamil Union started off their second innings quite positively. Contrary to their first innings the opening pair of Dinuk Wickramanayaka and Sithara Gimhan put on a blistering century partnership consolidating Tamil Union’s position. Gimhan went to top score in the second innings for the hosts with 86 as Tharanga Paranavithana and skipper Kithruwan Vithanage chipped with some handy runs as Tamil Union day 2 with a dominant lead of a 345 runs with 3 wickets in hand.

Tamil Union currently stands firm to bag yet another outright win for this season as they have a whole day up ahead to determine a result in their favour.