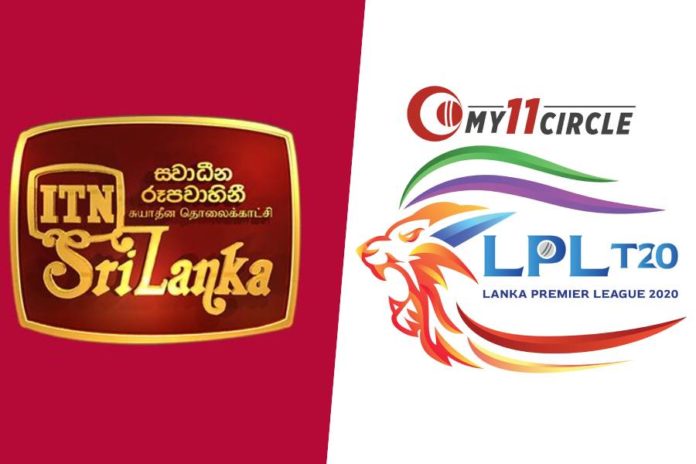 Independent Television Network (ITN) have won the telecasting rights of the tournament within Sri Lanka while Sky Sports have bagged the rights for the UK and Geo TV and PTV will be the broadcasters for Pakistan.

With the much-awaited tournament about to kick off on the 26th of November, there have been some major boosts for the tournament of late. India based Fantasy Sports platform came on board as the title sponsor of the tournament and now several global broadcasters have stepped in to take the action across the globe from Hambantota.

The state-owned network, ITN, which runs on a free-to-air basis will take the games to all corners of Sri Lanka earning a strong follower base for the tournament.

“Sport has reach like few others and an immense power to bring positive social change through the actions and words of its athletes. Cricket is the sport Sri Lanka can associate itself with, and the game that can bring in that kind of change in the Island Nation. It gives me an immense sense of satisfaction to partner LPL and be part of this social change that will go a long way in helping the nation grow through cricket.” said the Chairman of ITN, Mr Sudath Rohana.

The involvement of the superstars in T20 cricket like Chris Gayle, Shahid Afridi and Lasith Malinga will definitely glue the viewers across the world to their televisions.

Sky Sports, Director of Cricket, Mr Bryan Henderson added, “Sky Sports are delighted to be broadcasting the Lanka Premier League this year as the appetite for T20 cricket grows across the globe. Sri Lankans have always played an exciting brand of limited overs cricket and we look forward to seeing more talent emerge from this tournament as well as following many other stars from around the world.”

With a Pakistan based franchise – Galle Gladiators – taking part in the tournament and several Pakistani stars being part of the event will create a massive reach in Pakistan for the tournament.

“It’s indeed a pleasure to be associated with Lankan Premier League as broadcast partners. I believe the show has to go on despite the challenges we face due to Covid-19 pandemic. I congratulate all the stakeholders and IPG Group for providing us the opportunity of becoming part of a fantastic event. We shall give our best to contribute in its success,” Dr Nauman Niaz, head of PTV Sports was quoted by the SLC.

Back to back fifties for Pathiraja; Sri Lanka win last-over thriller