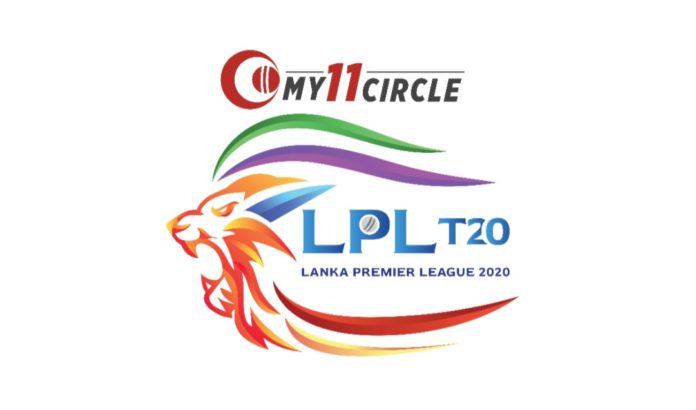 Talking about the association, Avik Das Kanungo, Director – Brand and Marketing Strategy, Games24x7, said, “Our fantasy sports platform, My11Circle is already a popular destination for fantasy cricket in India, commonly referred to as the platform where you ‘Play with Champions’. As part of Games24x7’s continuous efforts to extend awesome game playing experiences to more cricket enthusiasts, we are delighted to partner with Lanka Premier League (LPL). We firmly believe that My11Circle LPL has the potential to become one of the world’s greatest sports properties. Our primary objective is to reach out to more cricket fans across regions and borders and communicate our unique ‘Play with Champions’ proposition to them through this partnership.”

Sri Lanka Cricket (SLC) VP and LPL Tournament Director, Mr. Ravin Wickramaratne said, “We welcome My11Circle on board as title sponsor for the Lanka Premier League 2020. Their willingness to become the title sponsor of the league is a great testament to the brand LPL.”

LPL COO Mr. Sanjay Raina added, “We at IPG are committed to building a world-class league with LPL. With our association with My11Circle — the first fantasy sports platform that allows a player to make a team and play directly with legendary cricketers, we will be able to take the league to millions of fans both on and off the platform. We are delighted to welcome My11Circle as title sponsor of Lanka Premier League.”

Director of LPL Mr. Sangeet Shirodkar said, “Fantasy sports is becoming the backbone of live sports sponsorship, and this collaboration with My11Circle shows that sports sponsorship is getting stronger in Covid era. I am quite confident that with this partnership, LPL has the potential to become the second biggest sports league in South Asia.”

The LPL is scheduled to kick-off from 26th November till December 16, 2020 at Mahinda Rajapaksha International Cricket Stadium (MRIC) in Hambantota. Five franchisee teams, named after Colombo, Kandy, Galle, Dambulla and Jaffna, will compete in 23 matches over a 15-day period for the title.

Colombo will take on Kandy in the opening match and the final will be played on December 16, 2020. A galaxy of global stars which includes Chris Gayle, Shahid Afridi, Shoaib Malik, Lasith Malinga, Angelo Mathews, Irfan Pathan and many more will be taking part in the 15-day extravaganza.