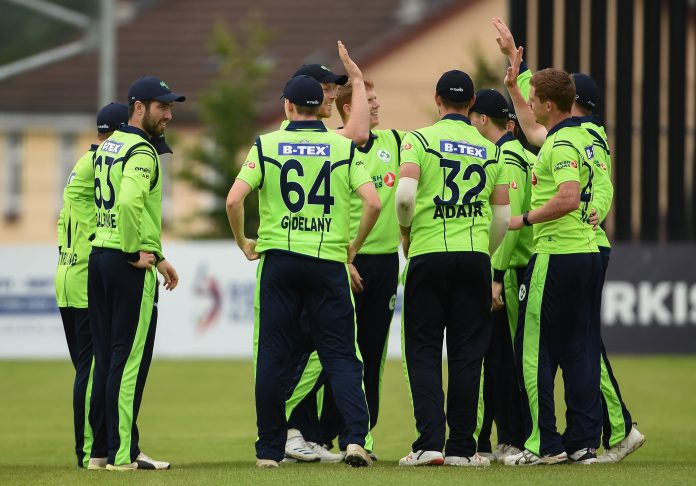 Cricket Ireland have named a side similar to the one that won the tri-nation Twenty20 International series at home, for the ICC Men’s T20 World Cup Qualifier.

Ireland have also chosen almost the same squad for the multi-nation T20I series in Oman, which will serve as a dress rehearsal for the qualifier. While the qualifier will be in Dubai from which 18 October, the Oman campaign is between 5 and 10 October.

Leg-spinner Jacob Mulder will not be able to participate in either the Oman series or the T20 World Cup Qualifier due to injury, leaving room for off-spinner Simi Singh to retain his spot in the side. Most of the players bound for Dubai will also go to Oman with the exception of David Delany, who is unavailable for selection. Barry McCarthy will cover for him.

SCORE UPDATE: With five overs to go in the Irish innings, we are 153-3.

Earlier this month, Ireland hosted Scotland and the Netherlands for a tri-nation T20I series, which they won after finishing on top of the table with 10 points. They earned the crucial last two points with a thrilling last-ball win over Scotland.

On account of that performance, Ireland opted against tinkering with the squad. “The T20 International squad gelled quickly during that last series, and the character the players displayed was admirable,” said Andrew White, chair of the national men’s selectors.

“They showed the fighting spirit that Irish teams have been renowned for, so it is great to see that coming through particularly in the newer members of the squad.

“It’s a real indication of great leadership within the group, and the experience that Gary [Wilson] brings to this side. Quite often those characteristics are underappreciated, but are vital to a side that is in transition – and have been pivotal to our improvement in this format of the game.

“After his impressive debut, we would have obviously preferred to have had David Delany available for Oman as well as the Qualifier, however, David is in the final year of his university studies and we have had to balance his studying and playing as best we can. There have been ongoing discussions with David’s university, who have supported his leave from studies that will see him available in the UAE,” explained White.

Ireland will get their Oman series under way with a match against Netherlands on 5 October, before playing the hosts, Hong Kong and Nepal in quick succession. Their first match in the T20 World Cup Qualifier will be against Hong Kong on 18 October.