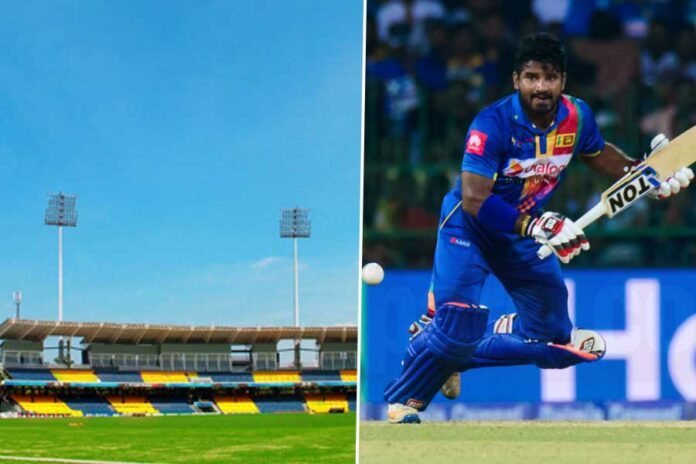 R. Premadasa International Cricket Stadium in Colombo will host international cricket after nearly two years as Sri Lanka Cricket announced the fixtures of their ODI & T20I series against India. The tour will consist of 3 ODIs and 3 T20Is from 13th to 25th July.

The ‘Mecca’ of Sri Lanka Cricket – R. Premadasa International Cricket Stadium, which hosted many memorable encounters in the past including the 2012 T20 World Cup final had to undergo a face-lift of nearly Rs. 400 million following an integrity assessment done by the University of Moratuwa.

Also known as ‘Khettarama’, the 35,000-seater last hosted an international match (Sri Lanka vs Bangladesh) way back in July 2019. The renovations to the stands are set to be completed by the 30th of June. However, no fans will be allowed to the stadium for the six white-ball games due to the current health situation in the country.

The ‘Second-string’ Indian team led by Shikhar Dhawan will arrive in Sri Lanka on the 28th of June. They will undergo three-day strict room quarantine from 29th June to 1st of July at Taj Samudra Hotel in Colombo. The training will begin from the 2nd of July ahead of the first ODI on the 13th of July.

“I am confident this series is going to attract the attention of the cricketing world, as both teams, which have excelled in the shorter formats of the game, plays an exciting brand of cricket, thus bringing joy to the fans,” said Mr. Ashley De Silva, CEO of Sri Lanka Cricket in a media statement.

The ODIs will be vital for both teams as 30 points will be on offer in the ICC Men’s Cricket World Cup Super League, while the T20Is will play their part as preparation ahead of the ICC Men’s T20 World Cup, scheduled to take place later this year.

Hosting India will benefit the coffers at Sri Lanka Cricket despite the unavailability of at least a dozen key limited-overs players for the visitors. The main team, captained by Virat Kohli, is currently in England preparing for the ICC World Test Championship Final against New Zealand (June 18 onwards), which will be followed by a five-Test series against England, starting in August.