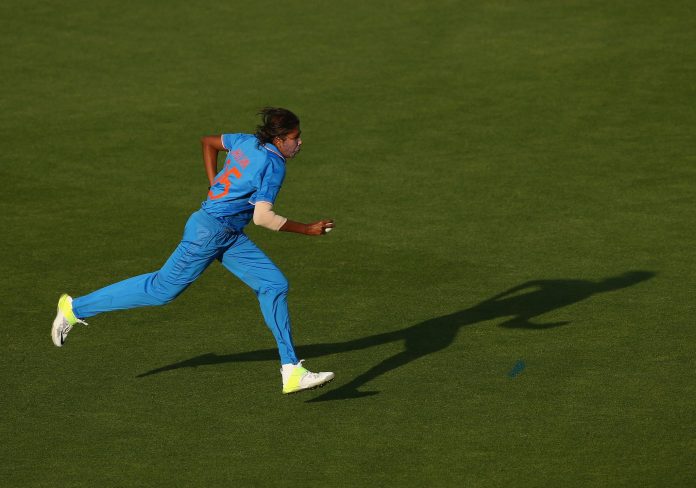 Jhulan Goswami, the Indian pacer, has retired from Twenty20 Internationals with immediate effect. India will thus be without the experienced campaigner for the ICC Women’s World T20 2018 in the West Indies in November.

Goswami, 35, has played 68 T20Is, including India’s first ever match in the format back in 2006. She picked up 2/14 in India’s eight-wicket win against England then.

Since that match, she has gone on to take 56 wickets in the format, including a career-best 5/11, against Australia in 2012.

This puts her at the top of the pile among Indian bowlers in T20Is, ahead of spinners Poonam Yadav (53) and Ekta Bisht (50). The three are the only Indian bowlers with at least 50 wickets in the format.

Goswami is already the leading wicket-taker in the world in one-day internationals and the only one with 200 wickets in the one-day game.

She is also the only Indian bowler with a five-wicket haul in all three formats of the game.

India will now have a new new-ball pair for the Women’s World T20 2018, where they are drawn with Australia, New Zealand, Pakistan and Ireland. It will mark the first global event since 2001 where Goswami will not be a part of the team, having led them in the ICC Women’s World Cup 2009, and the 2009 and 2010 editions of the World T20.

According to a release from the Board of Control for Cricket in India on Thursday, 23 August, the pacer intends to continue playing one-day internationals.

She “thanked the BCCI and her teammates for all the love and support she garnered during her stint with the T20I team and wished them luck going forward”, the release added.