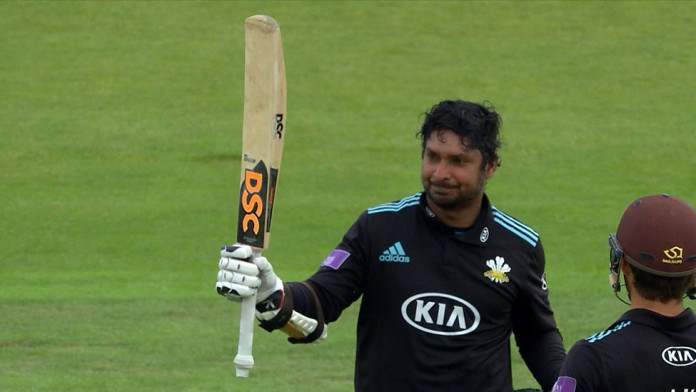 The 39-year-old made 121 in the 24-run victory over Yorkshire at Headingley, his 39th limited-overs hundred to go with 61 first-class centuries.

Sangakkara, who retired from international cricket in 2015, says he will quit first-class cricket after this season.

The left-hander has scored 45,529 runs in all forms of cricket.

He brought up his hundred – his eighth of the season in all formats – with a single to third man off Matt Fisher as Surrey posted 313-7. Yorkshire managed 289-9 in reply.

Sangakkara has enjoyed a stellar summer in County Championship Division One, averaging 90.60 in six matches.

The former Sri Lanka captain is fifth on the all-time list of leading Test run scorers with 12,400 in 134 Tests, and only India legend Sachin Tendulkar has made more than Sangakkara’s 14,234 runs in 404 one-day internationals.