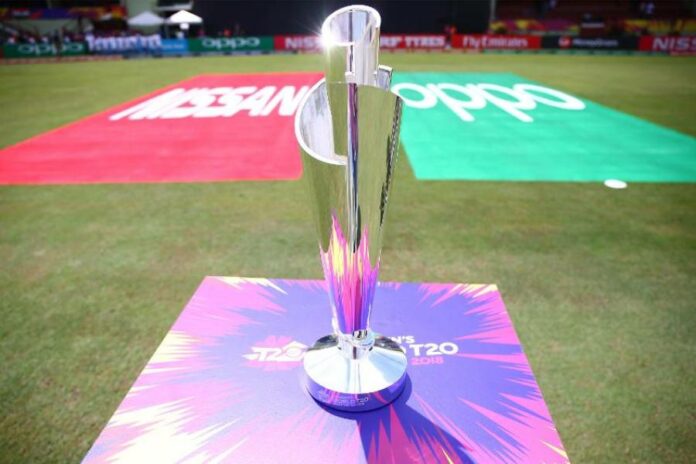 The 2021 Men’s T20 World Cup set to begin on 17th October in the United Arab Emirates with the final scheduled match to be played on 14th November.

Read More : Sangakkara could prevail in all conditions & against all attacks – Brian Lara

According to ESPN Cricinfo, the tournament will begin just after the conclusion of IPL which is likely to be held from 19th September to 15th October in the UAE.

The first round of the T20 World Cup will be divided into two groups and played in the UAE and Oman. Sri Lanka, Bangladesh, Ireland, Netherlands, Scotland, Namibia, Oman and Papua New Guinea will play in the first rounds which consist of 12 matches.

The top four teams will then progress to the Super 12s, joining the top-ranked 8 T20I teams in the world. In the Super 12s phases, there will be 30 matches altogether which will commence from 24th October.

The 12 teams will be divided into two groups of six each and all the matches will be played at three venues – Dubai, Abu Dhabi and Sharjah. This will be followed by three play-off matches – two semi-finals and the final.