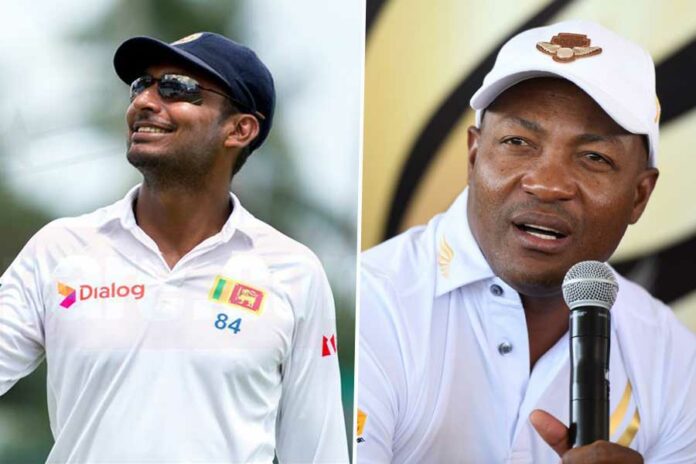 Former West Indies captain Brian Lara congratulating ICC Hall of Fame latest inductee Kumar Sangakkara, said that the wicket keeper batsman prevailed in all conditions and against all bowling attacks during his time.

During a commentary stint with Star Sports channel, Lara congratulated Sangakkara who was recently inducted into the ICC Hall of Fame for his outstanding achievements in his cricket career.

“Kumar Sangakkara, unlike many batsmen, prevailed in all conditions, against all bowling attacks around the world. And most importantly, he did it in their backyard, not just his. Kumar Sangakkara on many occasions has amazed me, but the one that stands out the most was his four consecutive centuries in the 2015 ICC World Cup in Australia. That was something to behold. Just out of the world. Congratulations to you Kumar Sangakkara on being inducted into the ICC Hall of Fame,” Lara said.

“I want to say a big congratulations to Kumar Sangakkara for being inducted to the ICC Hall of Fame. What a legend of a guy, what a legend of a cricketer, geez, we had our battles in the field, but a terrific guy on and off the field. Played with absolute heart and passion. That’s what Test cricket is all about — and even different formats of the game as well. We were also teammates, playing for the Kings XI Punjab in the first IPL, back in 2008. A terrific guy. Congratulations, Mate! I’m looking forward to celebrating and catch up next,” he added.