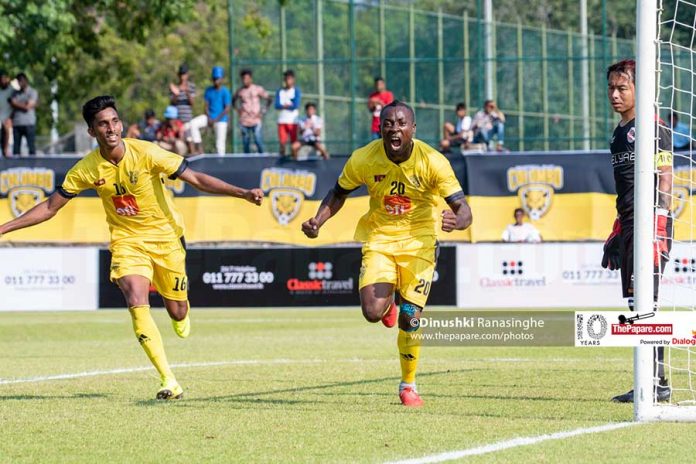 Colombo FC thumped Transport United from Bhutan 7-1 in the 1st leg of the AFC Cup 2019 Preliminary Stage. Post-Match conference took place immediately after at the Football House in Colombo with both team management at the helm.

“Colombo FC played a really good game. Our boys on the other hand lagged in a lot of areas which resulted in this performance. I will have to go back home and do my homework and make sure these same mistakes will not be repeated in the second leg”

“Our players could not keep their concentration and were not focused on the game, next time we play against Colombo FC hopefully things will be different because the conditions will be in our favour”

“We had a good match, we wanted to win this match and we won as per plan. We strengthened our defence and it was successful and we scored with our chances. We know it will be tough in the 2nd leg so we wanted to score high goal score.”

“We will go to Bhutan early, on the 22nd to make sure our players get enough time to adapt to the conditions and hopefully have a game of equal stature in Bhutan.”

Captain for the AFC Cup Charitha Rathnayake “This was the first game in which I was the skipper for Colombo FC and I couldn’t have hoped for a better game. We going early so we can train for couple of days.”

“Aakib is still a young player, we geared him for the game by working on his finishing and it paid off as he scored a hat-trick. Credit should go the team management, coach Roomy, the technical team and the team manager for working hard to get the result we wanted.”